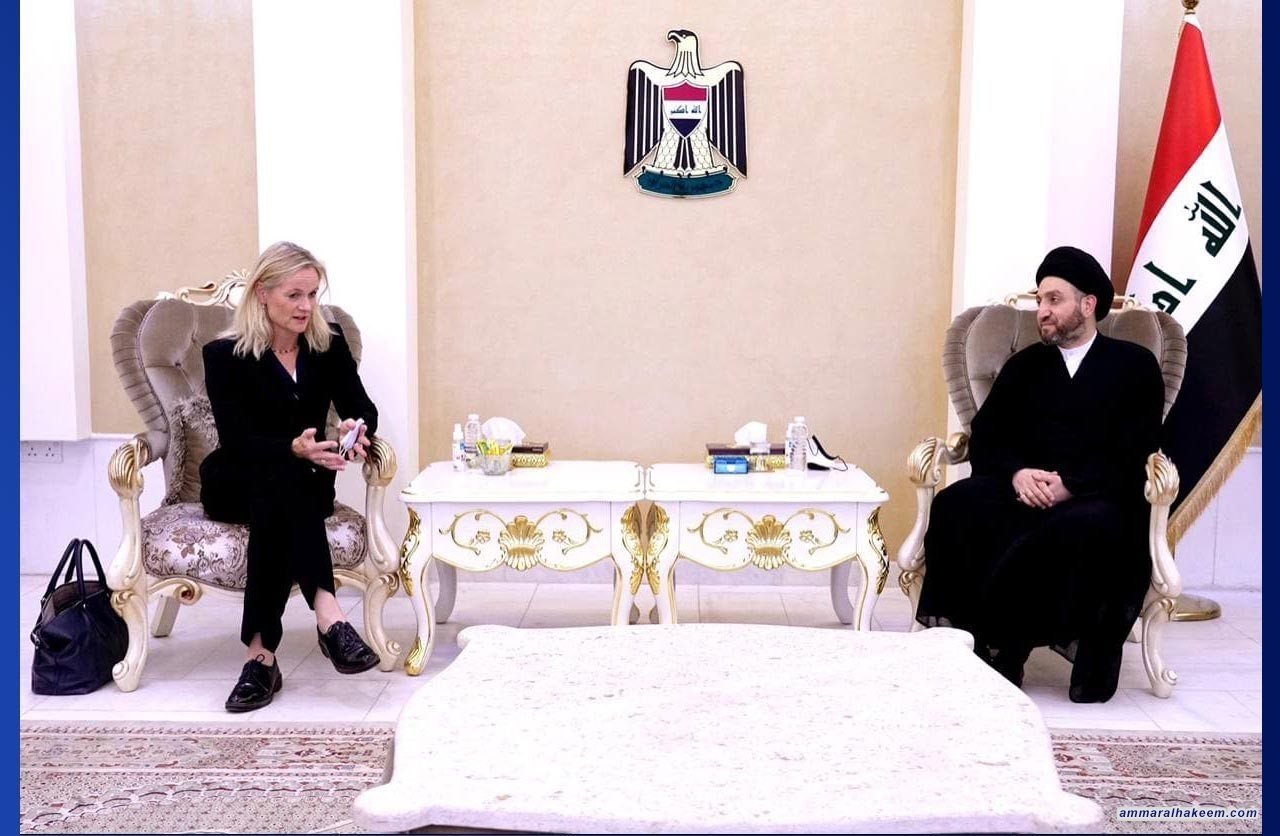 Sayyid Ammar Al-Hakeem, Head of the National State Powers Alliance received Ms. Viola Von Cramon-Taubadel, Chief Observer of EU Electoral Observation Mission (EOM), and her accompanying delegation on Wednesday, September 15, 2021.
The two sides discussed the developments of the political scene in Iraq and the region, the electoral file, and the remaining preparations before the democratic practice. His Eminence emphasized on the electoral process to be on the highest level of transparency at all stages. H.E. also emphasized data security and protect them on transport. In addition, protect the voters’ ID from tampering.
His Eminence lauded the efforts exerted by everybody; the government, the Independent High Electoral Commission, and the observation teams, calling on how important it is to intensify efforts to achieve an electoral process that expresses the will of the people. H.E. also lauded the EU EOM, as well as addressing the role international observation play to support Iraq’s democratic process.