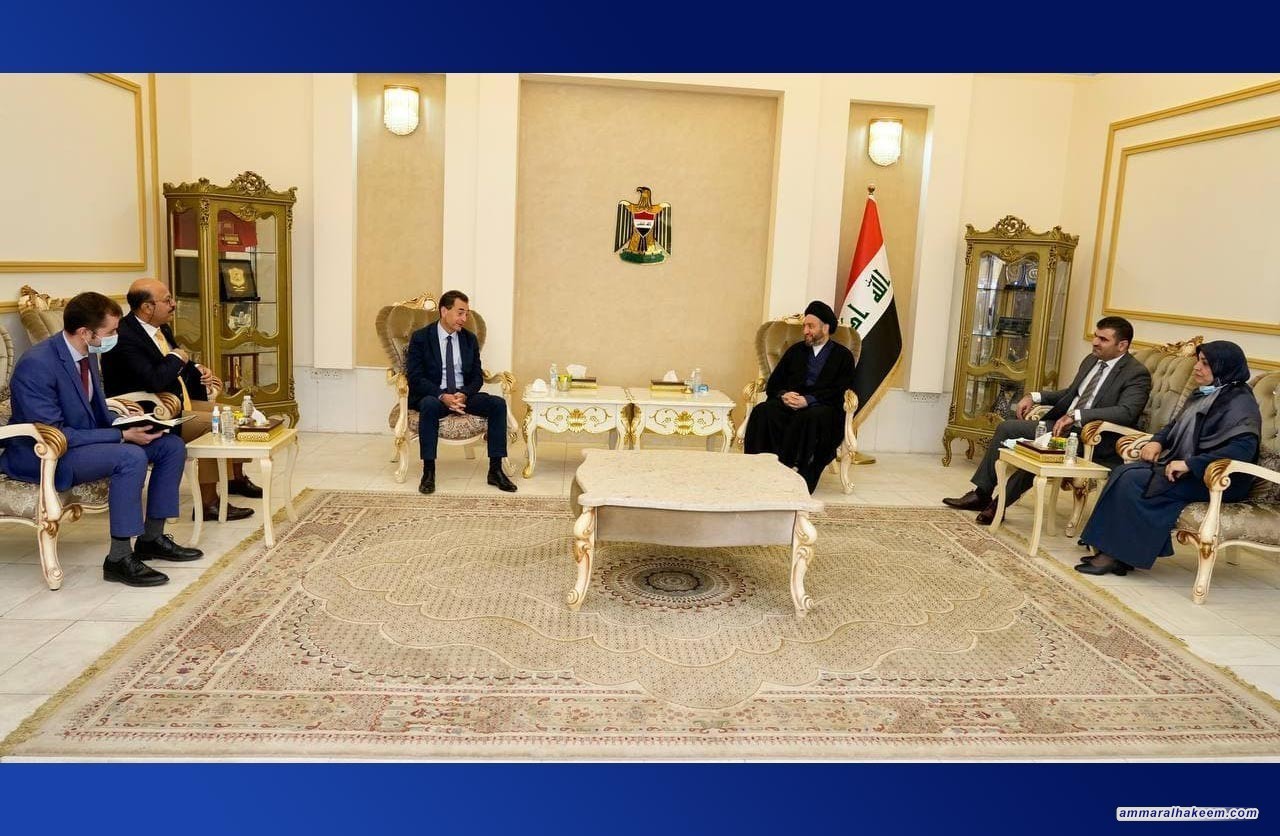 Sayyid Ammar Al-Hakeem, head of the National State Powers Alliance, received His Excellency, the new French Ambassador in Baghdad Éric Chevalier in his office on Thursday, September 30, 2021, and discussed the views over the bilateral ties between Iraq and France and the ways to strengthen them, in addition to the political scene developments in Iraq and the region.
His Eminence illustrated the importance of developing the relations to serve both of the friendly countries and said that it’s imperative to open up at every level and benefit from the French experiences in reconstruction and development. His Eminence referred to his support for the youth and their projects for the social status that they have and the high numbers in the Iraqi society.
The two sides discussed the elections. Where H.E. lauded the Supreme Religious Reference statement that called for broad and conscious participation in the elections, and reiterated how fate-defining it is and its role in setting the path for Iraq’s next phase. H.E. explained that it’s important to compete based on programs and reflect a positive image on the Iraqi democratic maturation after 18 years of experience.