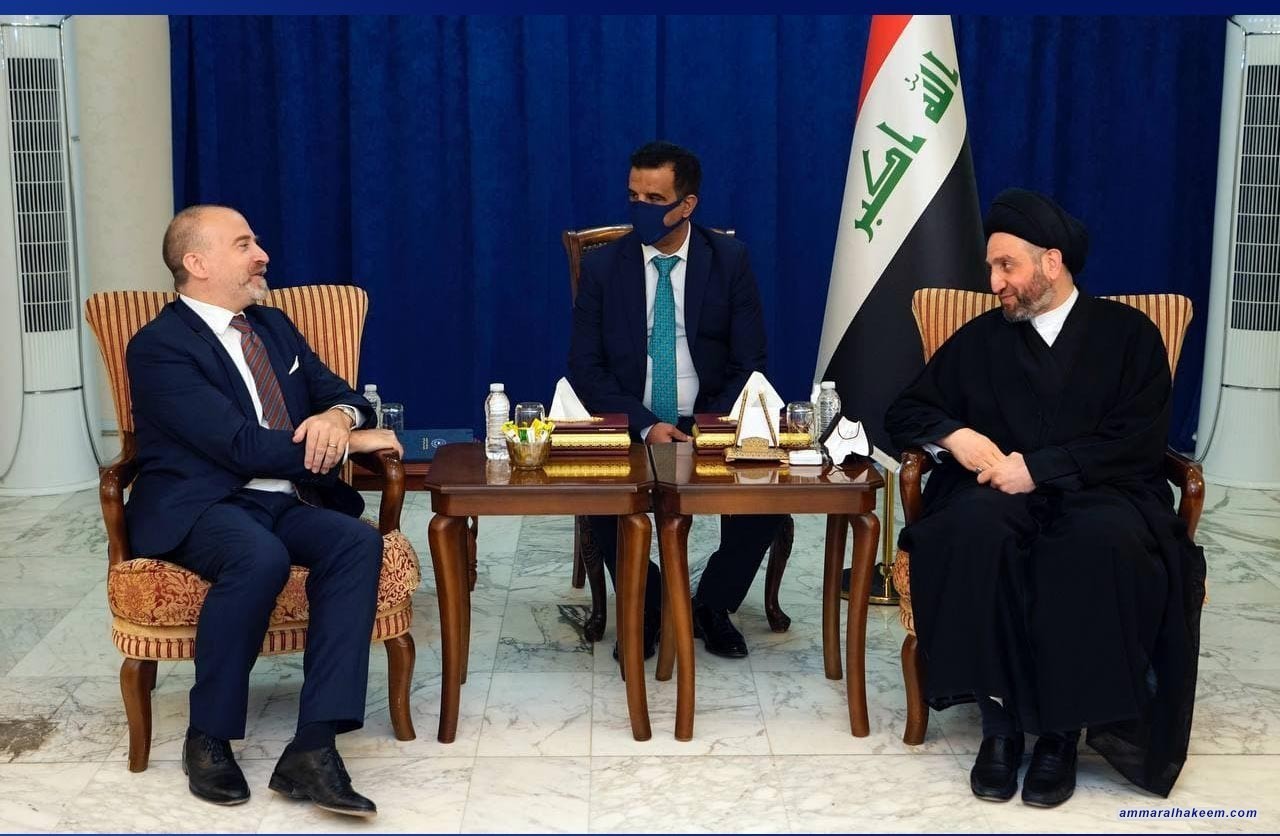 Sayyid Ammar Al-Hakeem, head of the National State Powers Alliance, received His Excellency the Danish Ambassador, Paolo Piras, and representative for the Norwegian delegation on Wednesday October 6, 2021, and exchanged the political scene and elections developments and the bilateral ties between the two countries.
His Eminence affirmed that the forthcoming elections are fate-defining and it is very important when it comes to Iraq’s security and the region.
His Eminence emphasized producing an equation based on Iraq’s Interest, as well as mutual interests exchange with others while preserving Iraq’s sovereignty and promote openness to all.