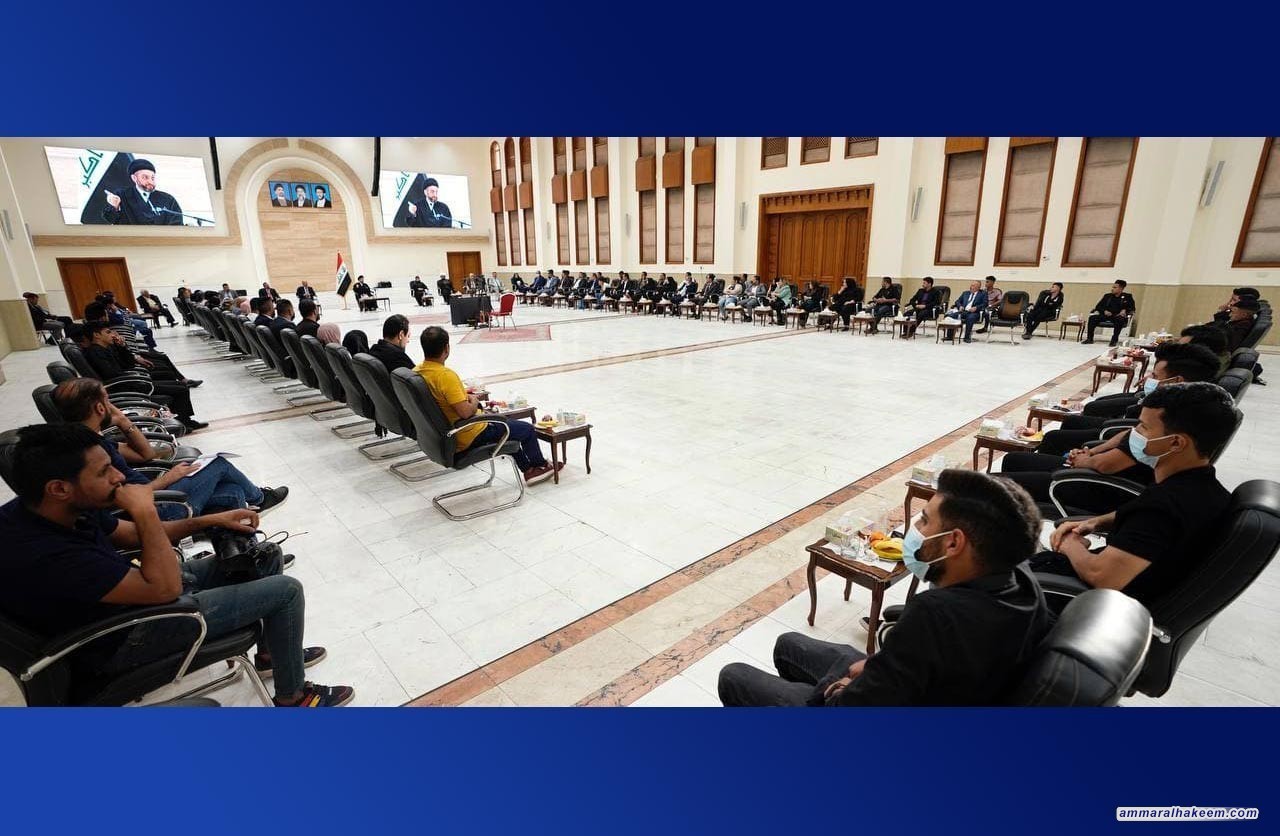 Sayyid Ammar Al-Hakeem, head of the National State Powers Alliance, met the president and members of the Arabic Union for Electronic Media on Wednesday, October 6, 2021, and reiterated the importance of E-Media, its status, and the target audience, and said that it addresses all of the levels of society. His Eminence emphasized the necessity of balancing the freedom of rights and preservation of sanctities.
His Eminence emphasized supporting building the Iraqi state and said that the strong state is the solution to all issues and challenges. H.E. also affirmed that the word on the state and how imperative it is to strengthen is a victory for the project of the state and its method that amassed many.
His Eminence discussed the elections and the developments of the political scene in Iraq, and how he thinks that these elections will witness wider participation than its predecessors for many reasons one of which is the statement of the Supreme Religious Authority, while illustrating the difference between the Parliamentary System and other systems, as well as the importance of relations on the national level when selecting roles.
His Eminence also said that the nature of the electoral system prohibits predictions and polls regarding the bloc with the most seats, and pointed out the importance of gradual change, where the political process is witnessing many variables, with powers retreating and others stepping into the political scene in general.