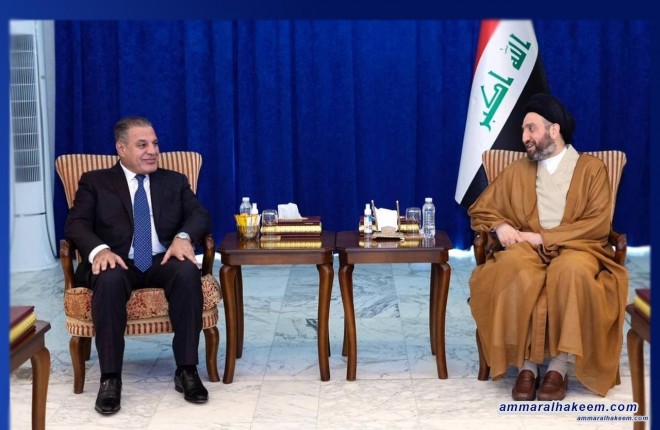 Sayyid Ammar Al-Hakeem, head of the National State Powers Alliance, met the head of Al-Jamaheer Party, Mr. Ahmed Al-Jibouri on Wednesday morning, October 20, 2021.
The two sides discussed the political scene developments and the results of the election. His Eminence affirmed that it’s imperative to shape a unified national stand towards the forthcoming rights entailed by the elections. While H.E. congratulated the winners and called to put the public common interest over the personal interest.
His Eminence reiterated the importance of reviewing the appeals and complaints submitted by the powers that see themselves earning more than what the results say, putting the responsibility on the IHEC and the Judicial institution to have a serious look at the appeals and complaints to support democracy and the electoral course.