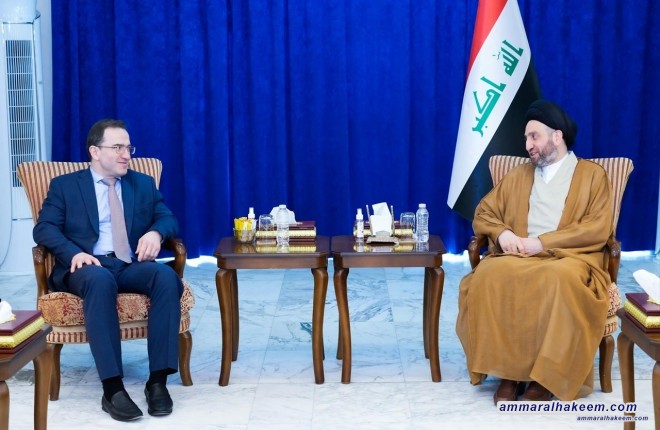 Sayyid Ammar Al-Hakeem, head of the National State Powers Alliance, emphasized the importance of sustained development of Iraq’s foreign relations with other countries based on the Iraq interest being the priority, especially with the Russian Federation.
His Eminence discussed with the Russian ambassador to Baghdad, Elbrus Kutrashef on Thursday, October 21, 2021, the bilateral ties between Iraq and Russia, the developments of the political affairs in Iraq and the region, and the results of the recent elections, illustrating that having a serious look into the appeals submitted by the political powers and candidates and auditing them will contribute greatly in having a transparent election and promote the democratic system in Iraq, also holding the IHEC and the Judicial institutions the responsibility for this matter. Moreover, His Eminence called upon the objecting political powers to resort to peaceful and legal methods to claim their rights.