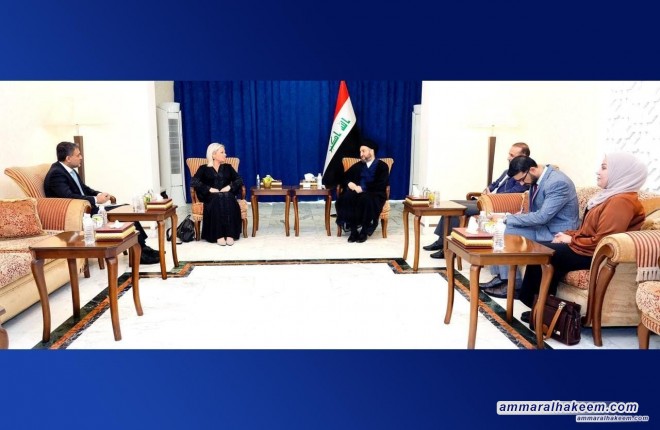 Sayyid Ammar Al-Hakeem, head of the National State Powers Alliance, received, in his office, the Special Representative of the Secretary-General of the United Nations for Iraq Mrs. Jeanine Plasschaert on Wednesday, November 10, 2021, and discussed the political affairs and the issues that accompanied the electoral process that led to confusing results unable to maintain the balance.
His Eminence illustrated that the judicial institution is responsible for redressing the objectors in accordance with the law.
His Eminence pointed out that the early elections came as a result of the political crisis and popular tension. Hence, a reassuring political equation must be formed and it must be capable of pacifying the situation and achieving the Iraqi people’s aspiration for services, job opportunities, and the rule of law.