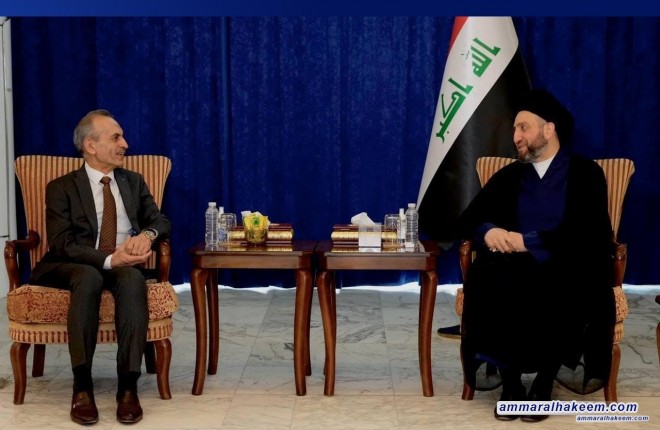 Sayyid Ammar Al-Hakeem, head of the International State Powers Alliance, received Mr. Hasan Turan, head of the Turkmen Front today’s morning, November 18, 2021, and discussed the results of the recent elections and the confusion that it caused resulting in an imbalance at the national level, developments in the political scene, and the situation in Kirkuk.
His Eminence called for dialogue and Pacification to reach a national agreement to overcome the current crisis and avoid a state of political impasse.
Concerning Kirkuk, His Eminence stressed the need for containment and adherence to social coexistence in it. H.E. added that Kirkuk is a miniature Iraq, and success in it paves the way to success in all of Iraq, and we also stressed the need to represent the Turkmen component in the next government.