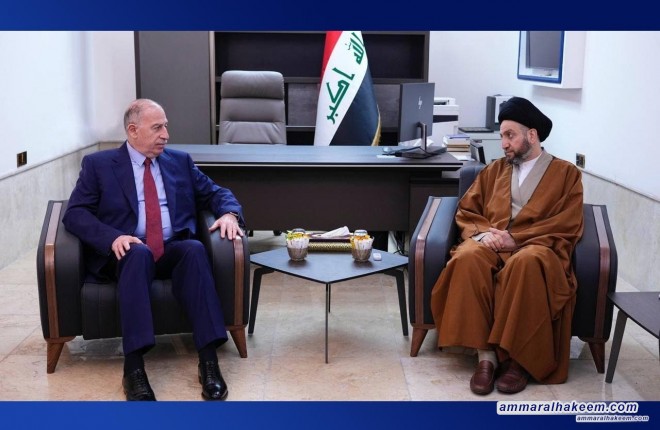 Sayyid Al-Hakeem, head of the National State Powers Alliance, discussed, with the head of the Salvation and Development Front, Mr. Osama Al-Nujaifi on Monday, 29 November 2021, the public political affairs and the repercussions of the results of the recent elections.
His Eminence said that it’s imperative that the judicial authority must go on about the complaints and appeals in a serious manner, and also called to listen to the demonstrator's demands and to preserve the peacefulness of their demonstrations.
His Eminence warned His Excellence against the repercussions of the political impasse on the Iraqi reality, and have illustrated the citizen’s need for a government that can achieve their aspirations in services and job opportunities. H.E. urged everyone to waiver for the sake of Iraq and find common grounds. Iraq’s stability favors everyone.