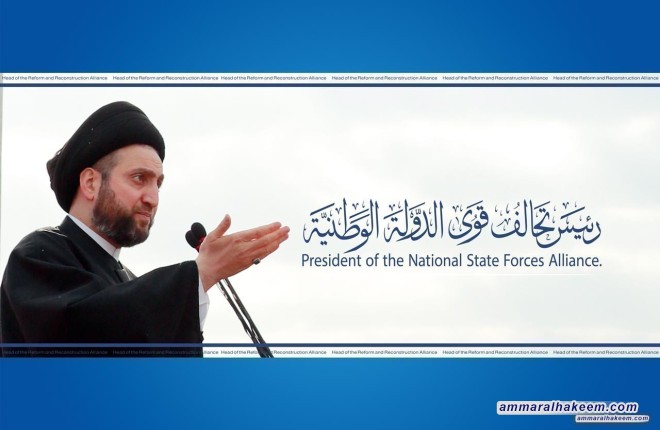 Sayyid Al-Hakeem, head of the National State Powers Alliance, called for a strategy to combat corruption.
His Eminence said on the International Anti-Corruption Day, Thursday, December 9, 2021, “Corruption is a scourge that threatens our societies and is no less dangerous than terrorism, and it is the cause of many scourges and crises. On International Anti-Corruption Day, we renew our call to address this scourge according to a clear strategy based on executive, legislative, cultural, and social measures”
His Eminence called on the government and its institutions to work on prosecuting the corrupt and recovering stolen funds inside and outside Iraq, stressing the need for the fight against corruption to be a top priority for the next government. H.E. urged social, cultural, and artistic actors to adopt programs that encourage integrity and highlight the risks of corruption through programs and artwork.