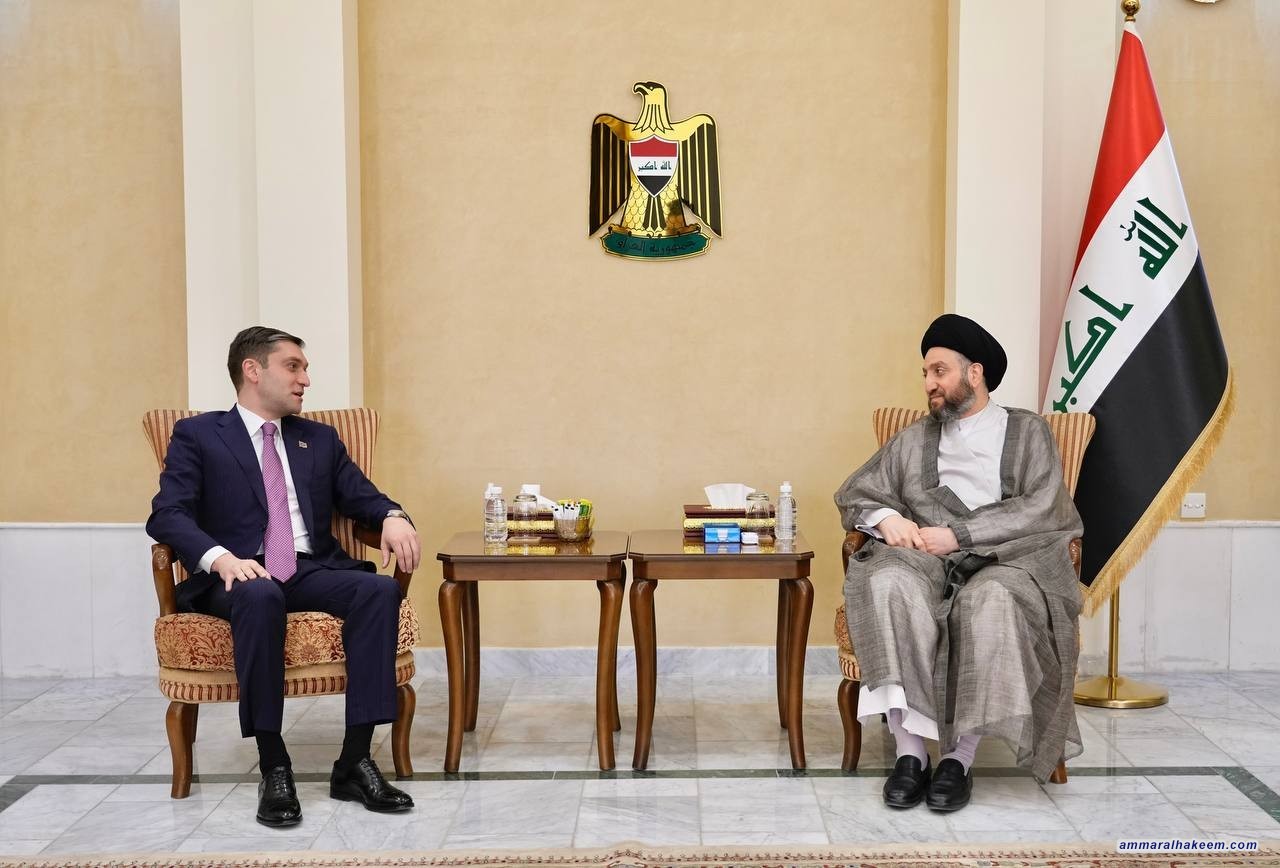 Sayyid Ammar Al-Hakeem, head of Al-Hikma National Movement, met with the Chargé d'Affairs of the Azerbaijani Embassy in Baghdad, Nasir Mammadov on 15/5/2022, and stressed the importance of developing relations between Iraq and Azerbaijan in the political, economic, social, cultural, and tourism fields, and the importance of investing the promising opportunities offered by Iraq in all fields.
His Eminence affirmed Iraq's openness to everyone in a way that serves its interests, preserves its sovereignty, and enhances its status.
Politically, His Eminence called for an end to the current political crisis, and said the importance of national dialogue between all parties, leading to the formation of a government that serves its people.