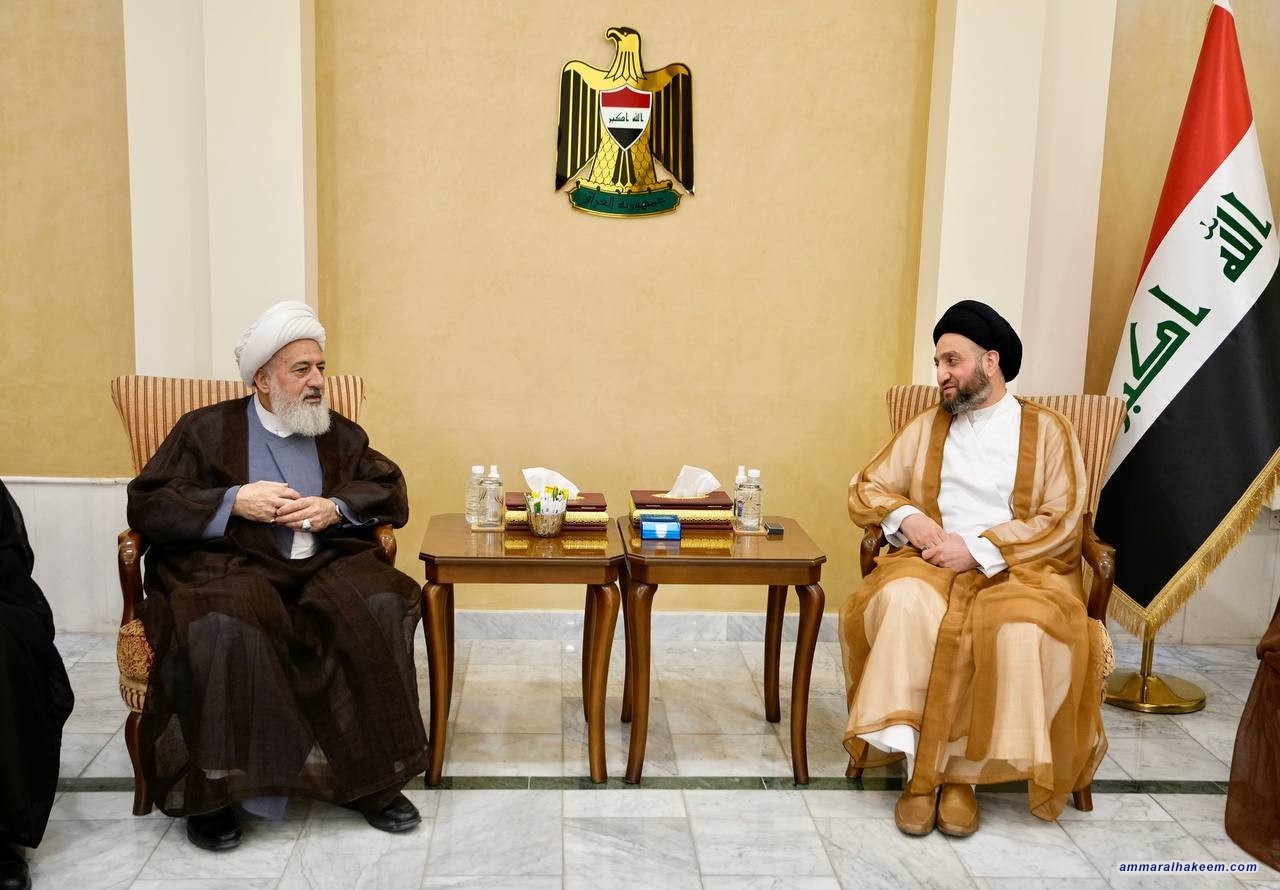 Sayyid Al-Hakeem to head of the Shiite Islamic Council in Lebanon: Our challenges are common and similar to the nature of the two brotherly countries and peoples

Sayyid Ammar Al-Hakeem, head of Al-Hikma National Movement, received in his office in Baghdad the Vice-President of the Supreme Islamic Shiite Council in Lebanon His Eminence Sheik Ali Al-Khateeb and his accompanying delegation, in the presence of a number of political leaders and religious figures on 25/06/2022, wishing the guest delegation a pleasant stay in their country, Iraq, and deliberating with them In the developments of the Iraqi political scene and the bilateral relations between Baghdad and Beirut.
His Eminence renewed his congratulations to the Lebanese people for the success of the recent elections.
Regarding Iraq, His Eminence renewed his call to form a government of national service, to benefit from past mistakes, to stay away from quotas, and to present efficient and honest personalities with a bright leadership and administrative history, noting that the challenges that Iraq and Lebanon witnessed are common and similar to the similarity of the two arenas and the social structure of the two brotherly peoples. While H.E. stressed the need to maintain and consolidate relations between the two countries in the security, political and economic fields.