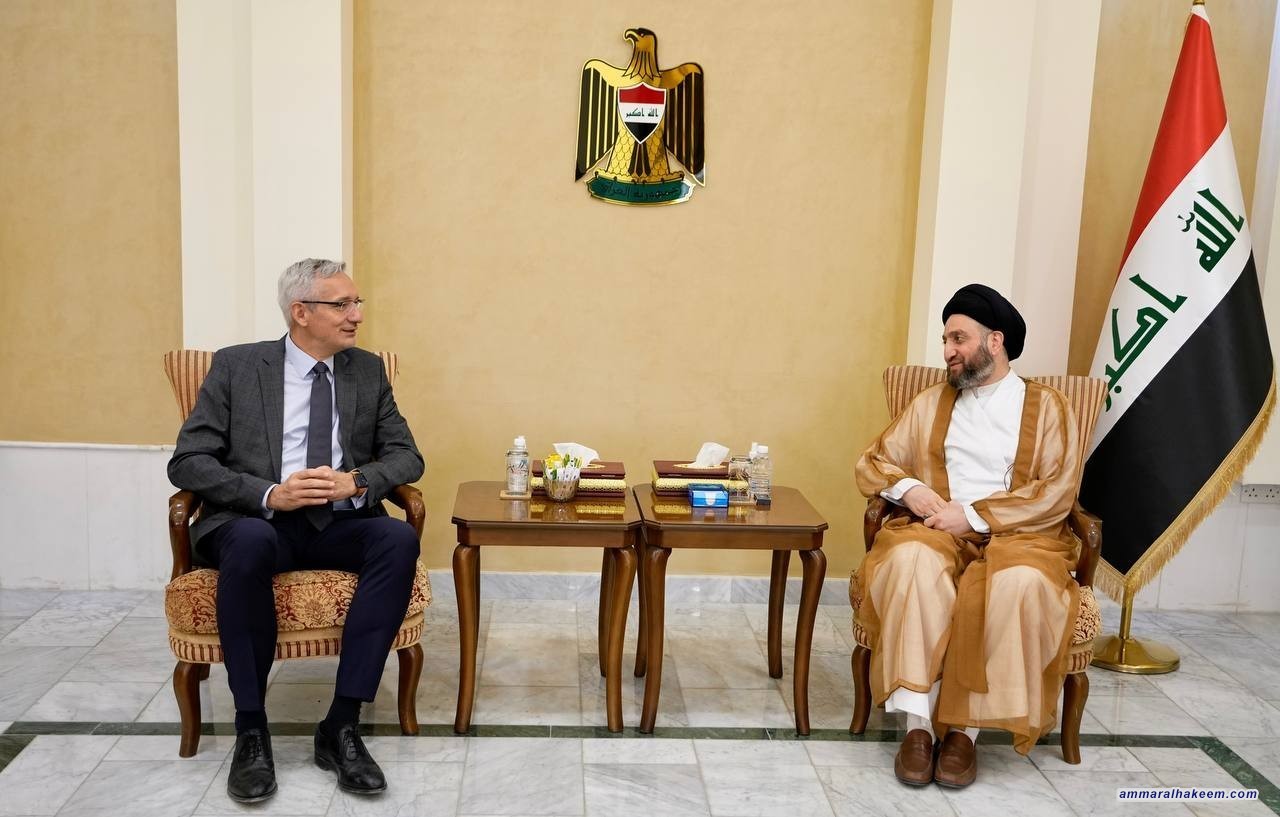 In his meeting with the German Ambassador in Baghdad, His Excellency Martin Jaegar on 26/6/2022, Sayyid Ammar Al-Hakeem, Head of Al-Hikma National Movement, discussed the developments of the political scene in Iraq and the region and the bilateral ties between Iraq and the Federal Republic of Germany, indicating the importance of a country the size of Germany for a country like Iraq, eager to finish building its political, democratic, and urban experience, and in this context, His Eminence stressed the development of relations between Baghdad and Berlin and the contribution to the promising opportunities offered by Iraq in the field of reconstruction, development, and investment, and the importance of benefiting from the reputation of German companies with the Iraqi consumer.
Politically, His Eminence reiterated the need to expedite the formation of a national service government capable of achieving the aspirations of the Iraqi people. H.E. also held everyone responsible for leaving the current stage, indicating that Iraq needs the support of all its people and the public interest prevailing, while he called on everyone to think about the requirements of the stage when forming the government away from quotas and drowning in details that are far from the daily citizen's concerns.