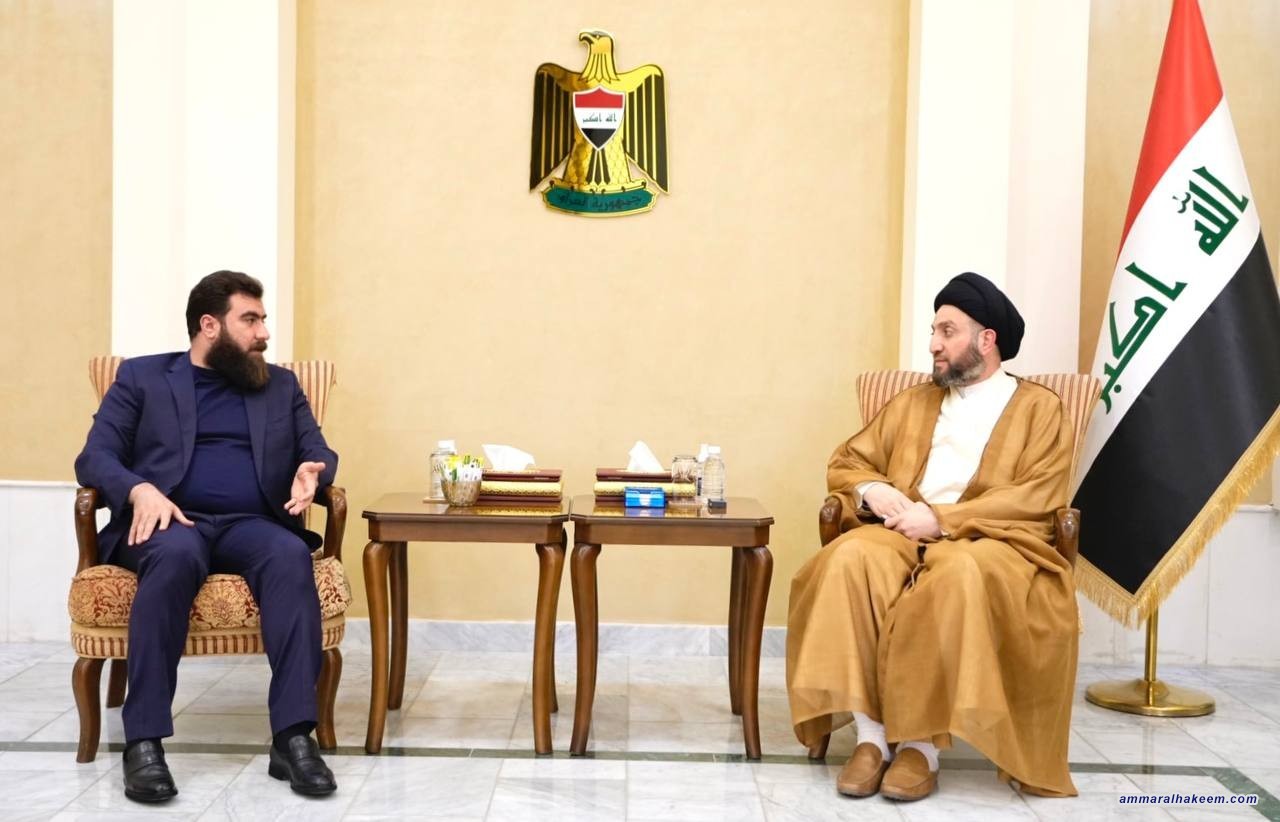 Sayyid Ammar Al-Hakeem, head of Al-Hikma National Movement, discussed during his meeting with Sheik Rayan Al-Kildani, head of the Babylon Movement on 27/6/2022, the developments in political affairs, the file of government formation, the social and economic reality in the liberated provinces, and the role of the Iraqi components in restoring the normal form of life.
His Eminence renewed his call for the formation of a national service government capable of setting priorities in the next stage and giving way to honest qualified people without quotas, with the importance of choosing the head of government according to specific criteria in line with the requirements of the stage, while emphasizing once again that we will not participate in the government.
His Eminence praised the role of the honorable Christian component once again seeing them as a qualitative addition to the Iraqi society, magnifying their steadfastness and their defiance of all the difficulties that wanted to uproot them from Iraq through various terrorist targeting. H.E. also called for the voluntary return of all expatriates and to contribute to serving and building Iraq.