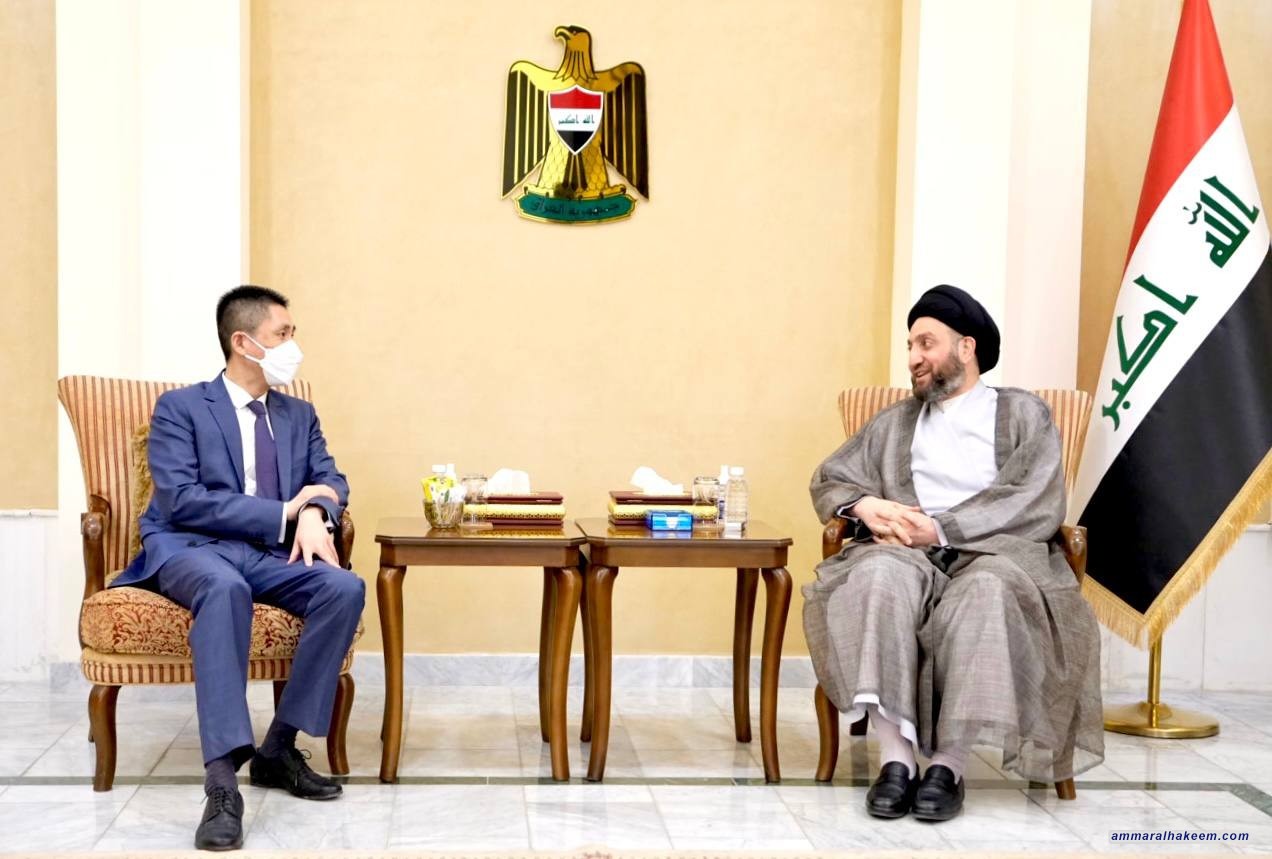 Sayyid Ammar Al-Hakeem, head of Al-Hikma National Movement, during his meeting with the Chinese ambassador in Baghdad, His Excellency Cui Wei on 29/6/2022, they discussed the bilateral relations between Baghdad and Beijing at the political, economic, social, and cultural levels, indicating Iraq’s openness to all in a way that guarantees its interests and preserves its sovereignty. H.E. stated that “China is an important country, and Iraq seeks to activate relations with it in all sectors."
Politically, His Eminence demonstrated Iraq's ability to overcome the current political crisis, calling for the public interest to prevail over private interests. H.E. also called for the formation of a national service government capable of defining priorities and working to implement them according to a fit and concise program, while renewing his position not to participate in the next government and keeping the role of Al-Hikma limited to converging views between the political parties.