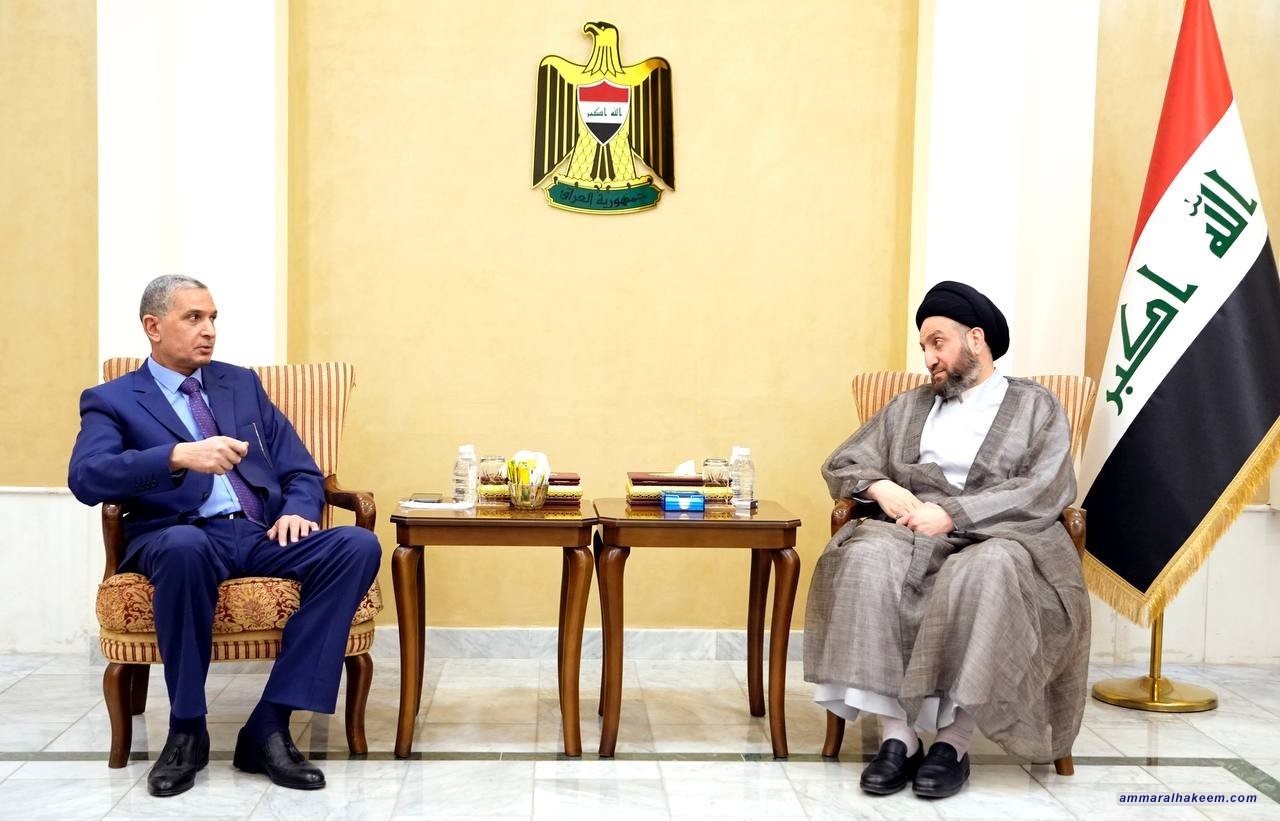 Sayyid Ammar Al-Hakeem, head of Al-Hikma National Movement, received His Excellency the Minister of Interior, Mr. Othman Al-Ghanimi on 29/6/2022, and discussed with him the security reality and its developments and the role of the Ministry of Interior in easing the burdens on the Iraqi citizen while praising the role of the Ministry’s divisions in maintaining security and combating terrorism.
His Eminence indicated that the Ministry of Interior is one of the ministries that have direct contact with the citizen from the beginning of his life until his death, and in this long journey, it is required that the services be parallel to this relationship, calling for automation and the adoption of modern technology in providing services to the citizen in the departments of national IDs, passports, traffic, and others.
His Eminence also called for the law to be enforceable on everyone without fragmentation, and also emphasized that the Ministry of the Interior should be ready to receive the security file inside the cities in coordination with the rest of the institutions.