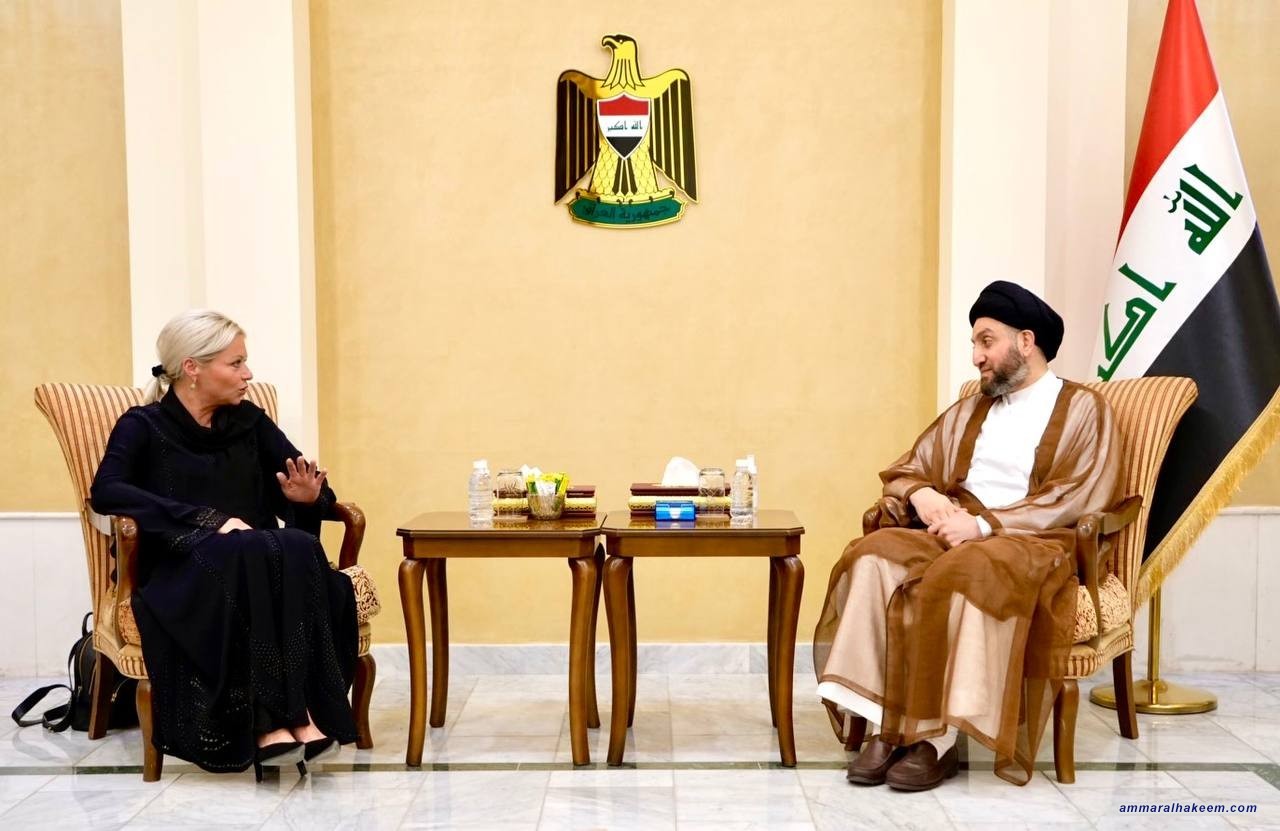 Sayyid Ammar Al-Hakeem, head of Al-Hikma National Movement, during his meeting with the Special Representative of the Secretary-General of the United Nations in Iraq, Mrs. Jenin Plasschaert on 19/7/2022, discussed the path of forming a government and the upcoming challenges. H.E. also stressed the importance of forming a government according to specific criteria in choosing the Prime Minister, parties, and ministers. In addition, H.E. emphasized the need to form a harmonious team of efficient and impartial personalities.
His Eminence called on all political powers to assume their responsibilities to put an end to the ongoing political impasse and reiterated the call for the Kurdish brothers to decide their candidate as a challenge to overcome that will lead to the formation of the government.
His Eminence also stressed the importance of the international role in helping Iraq in finding solutions to the climate and food security crisis and pointed to the importance of the international presence at the cultural and social level and helping Iraq in overcoming challenges, considering that Iraq's stability is a necessity for the security and stability of the region and the world.