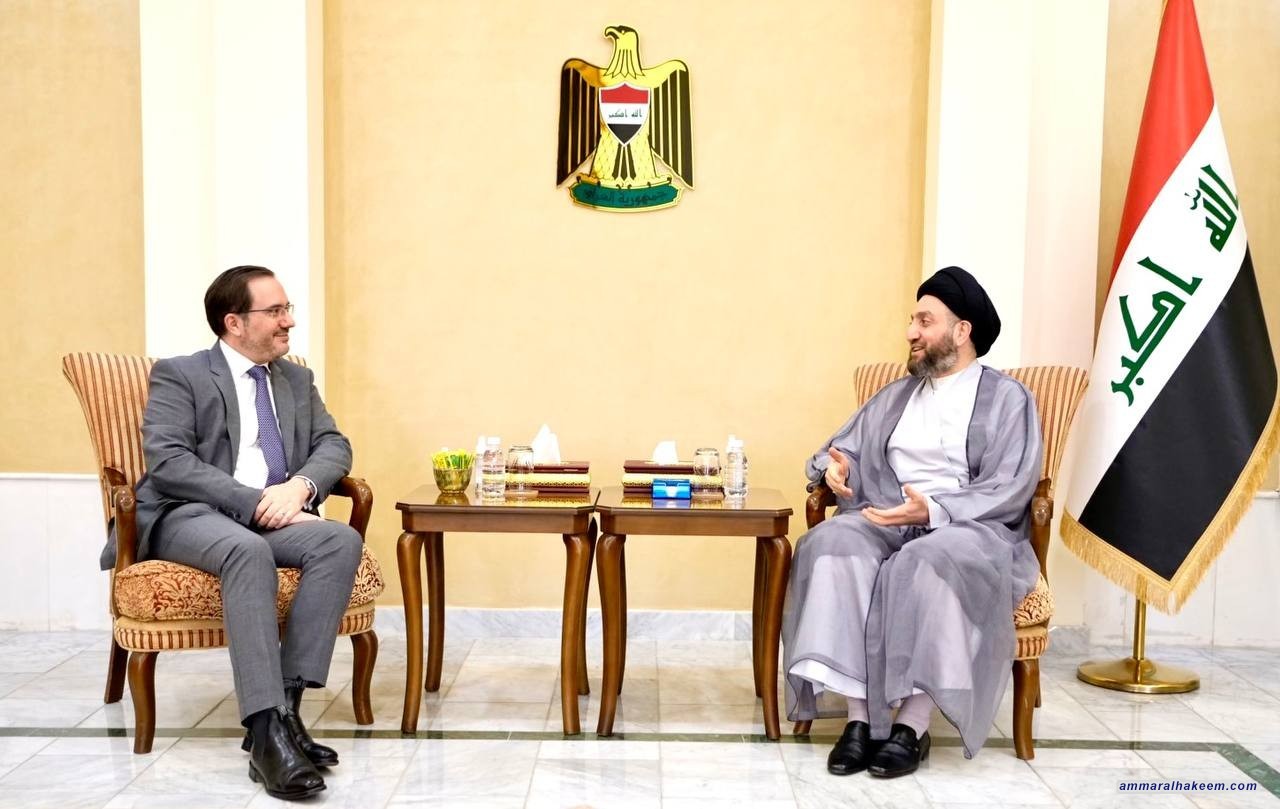 Sayyid Al-Hakeem, head of Al-Hikma National Movement, met with the British Ambassador in Baghdad, Mark Bryson, and discussed the developments of the Iraqi political scene and bilateral ties between Iraq and Britain on 26/7/2022, during which, His Eminence also stressed the importance of developing the relations of the two countries in a way that guarantees the interests of all, preserves the sovereignty of the two countries, and deepens the ties.
His Eminence illustrated the nature of the selection of the coordinating framework for the candidate for the next prime minister. In addition, H.E. pointed out the importance of consensus within the coordinating framework on the candidate of the prime minister and stressed the need to form a national service government capable of providing services, providing job opportunities, and achieving the required reforms according to specific priorities. H.E. also emphasized the importance of internal balance and balance in regional and international relations.
During the meeting, His Eminence also heard from Ambassador Bryson about his country's support for the formation of a new government in Iraq, indicating the importance of Iraq's stability to the region and the world.