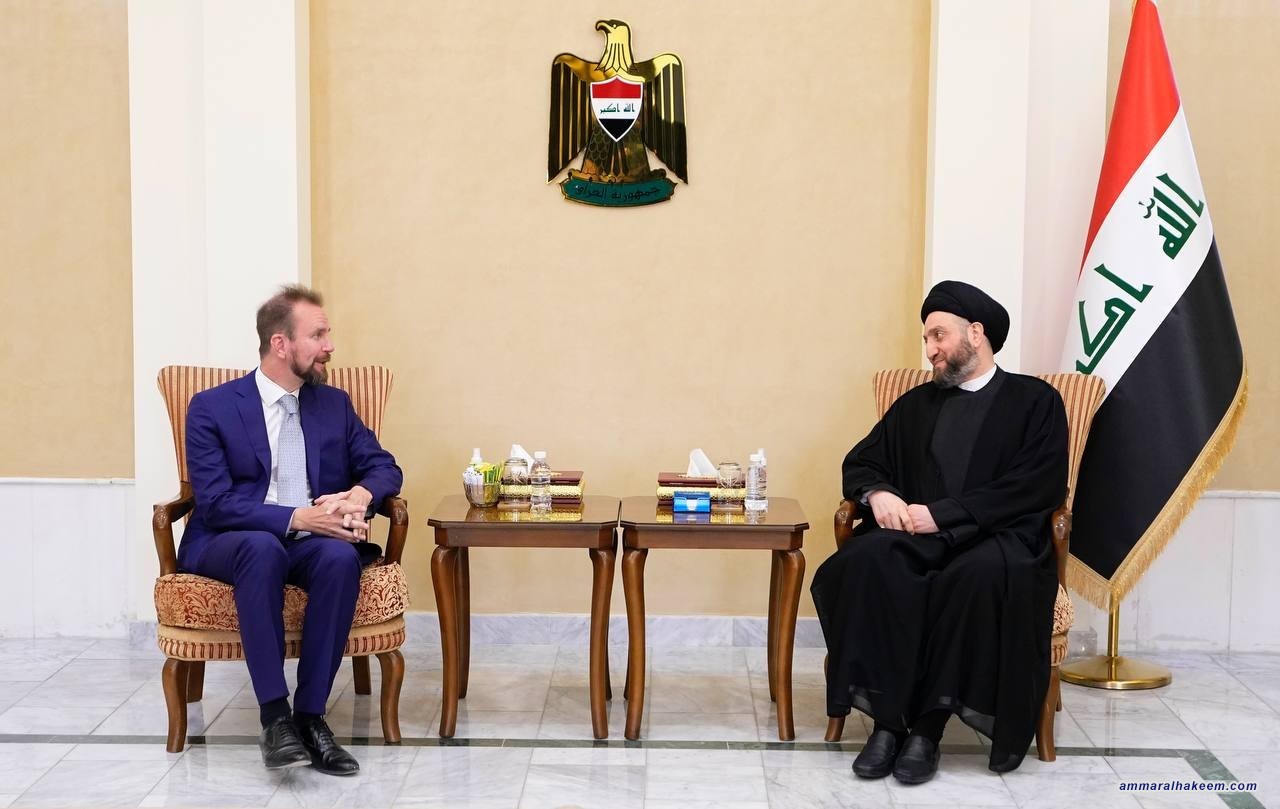 Sayyid Al-Hakeem, head of Al-Hikma National Movement, received the Ambassador of the European Union, H.E. Ville Varjola, and discussed with him the developments of the Iraqi political scene and the repercussions of regional and international events on 11/8/2022. H.E. stressed the importance of adopting dialogue and prioritizing peoples’ interests to solve outstanding problems.
Concerning political scene developments, His Eminence showed Iraq's need to end the political crisis and form a national service government capable of providing services, providing job opportunities, and improving the living reality, stressing our position not to participate in it while investing all possibilities to bring the views of the political parties closer.
His Eminence also referred to the mechanisms of reform, change, and amendment of the political system or any detail within the system, and reminded that the current system came as a result of great sacrifices made by the Iraqi people in all its sects, which requires everyone to agree on the amendments and changes.
Regarding the relationship between Iraq and the European Union, His Eminence stressed Iraq’s need for a reconstruction campaign similar to the reconstruction of Europe after the war, calling for greater cooperation and diversification of opportunities to serve both sides, achieve the interests of peoples and preserve Iraq’s sovereignty and territorial integrity.