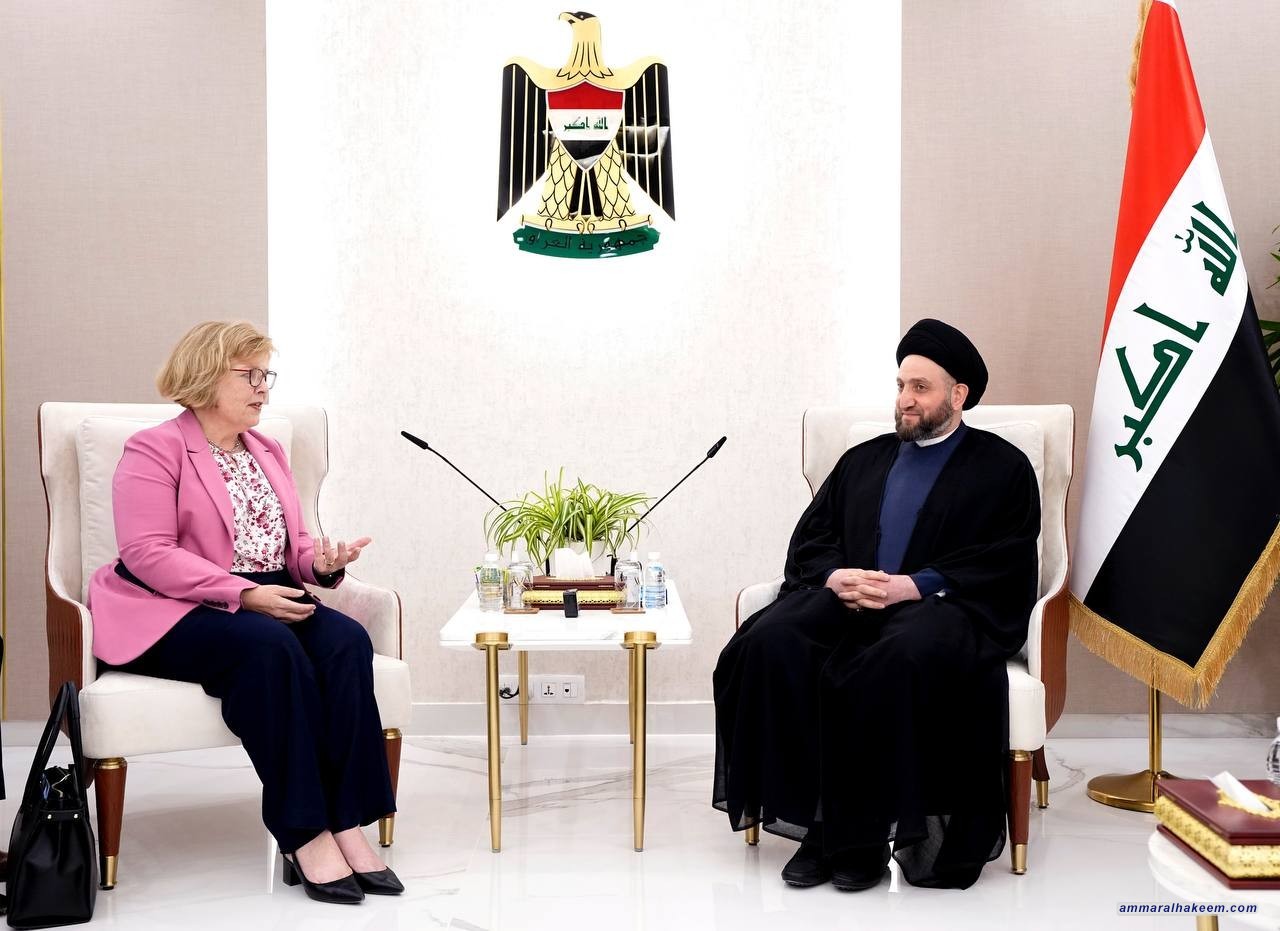 Sayyid Al-Hakeem to Assistant Secretary of State for Near Eastern Affairs: Political crisis is solvable, reform begins with institutions’ reform

Sayyid Ammar Al-Hakeem, head of Al-Hikma National Movement, received in his office in Baghdad Ms. Barbara A. Leaf, the Assistant Secretary of State for Near Eastern Affairs, in the presence of the US Ambassador to Baghdad, Ms. Alina Romanowski, on Monday 5/9/2022, and discussed with them topics of common interest and bilateral relations between Iraq and the United States, in addition to the developments in the political scene in Iraq and the region.
His Eminence indicated the importance of enhancing cooperation between Iraq and the United States of America in the field of infrastructure development and reconstruction, stressing the continuation of cooperation in a way that preserves the interests of all and the sovereignty of Iraq.
His Eminence reiterated that the political crisis in Iraq is solvable if everyone has the will to solve it and compromise for the Iraqi interest, emphasizing the importance of partnership in Iraqi decision-making, partaking in decision-making does not require participation in the government.
Sayyid Al-Hakeem also stressed respecting the constitutional institutions in Iraq and stated: reform begins with institutions’ reform. And recalled that the democratic practice is the birthchild of the great sacrifices made by Iraq in facing dictatorship and terrorism.
On the issues of the region, His Eminence stressed that any dialogue aimed at making peace between the parties in the region is in the interest of Iraq and everyone. Iraq has played a role in converging views because of his conviction that dialogue is the best way and that the problems are solvable if everyone moves towards the solution.