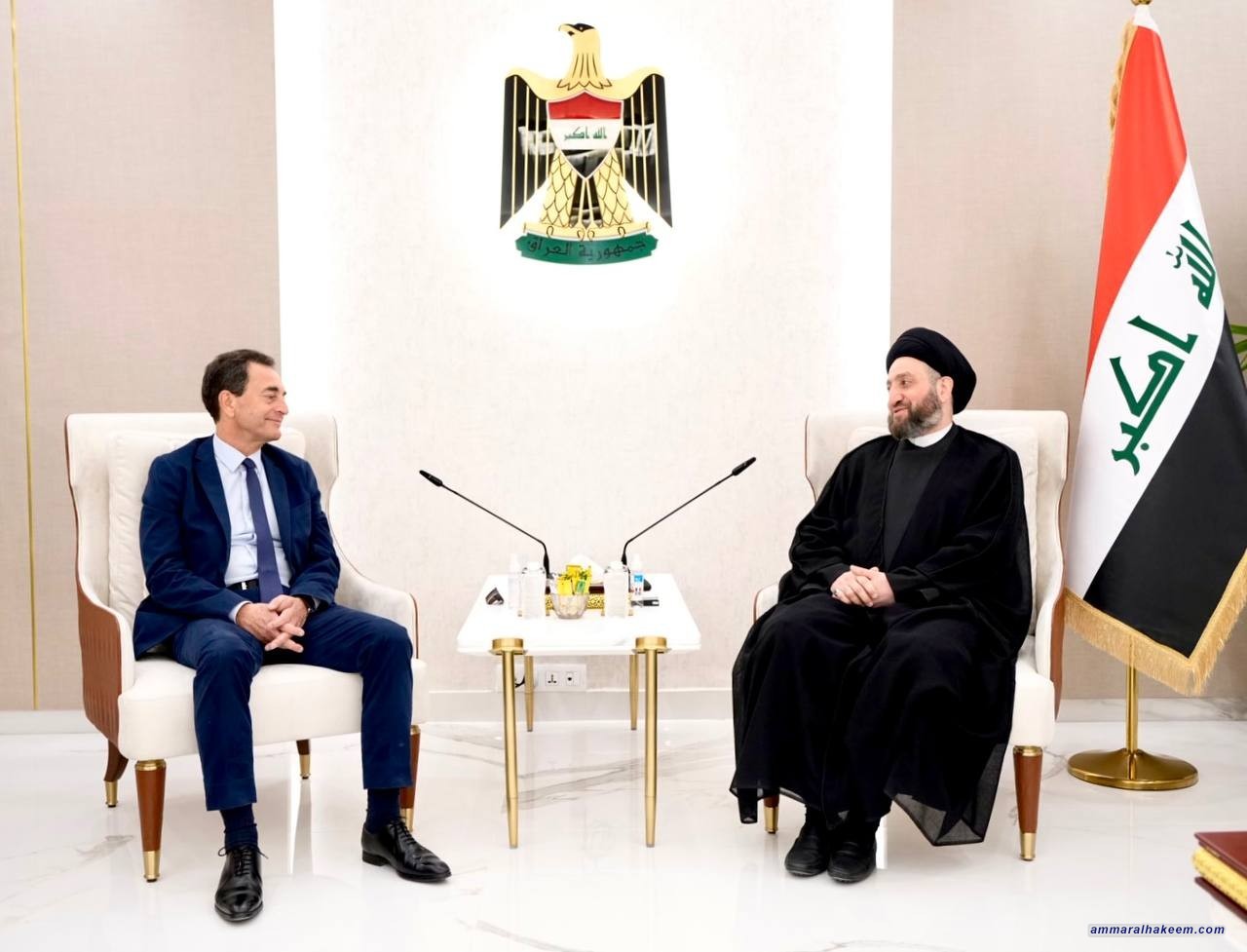 Sayyid Al-Hakeem, head of Al-Hikma National Movement, received His Excellency Éric Chevalier, Ambassador of the Republic of France to Baghdad, on 15/9/2022, and discussed with him the political scene, its developments, and current events in Iraq, in addition to the bilateral relations between Iraq and France and the ways to develop them to serve the two friendly countries and peoples.
His Eminence emphasized the importance of inclusion of all everyone within the political scene and emphasized that everyone must be present. There’s no way for any party to occupy another party’s place, and pointed out that the presence in the political scene does not necessarily mean participation in the government, but rather through the political decision and the maturation of a unified vision for the management of the country.
H.E. called to revert to the constitution and the Law. And said that reform requires the adoption and activation of institutions and the customary context. Where the current system has implemented mechanisms to reform and develop it and this must be taken into consideration.
Regarding the bilateral relations between the two countries, H.E. affirmed that France is an important country for Iraq due to its position and influence as one of the permanent members of the Security Council, and that cooperation must be maintained and strengthened to achieve the interests of the two friendly countries and peoples and preserve the sovereignty of Iraq.