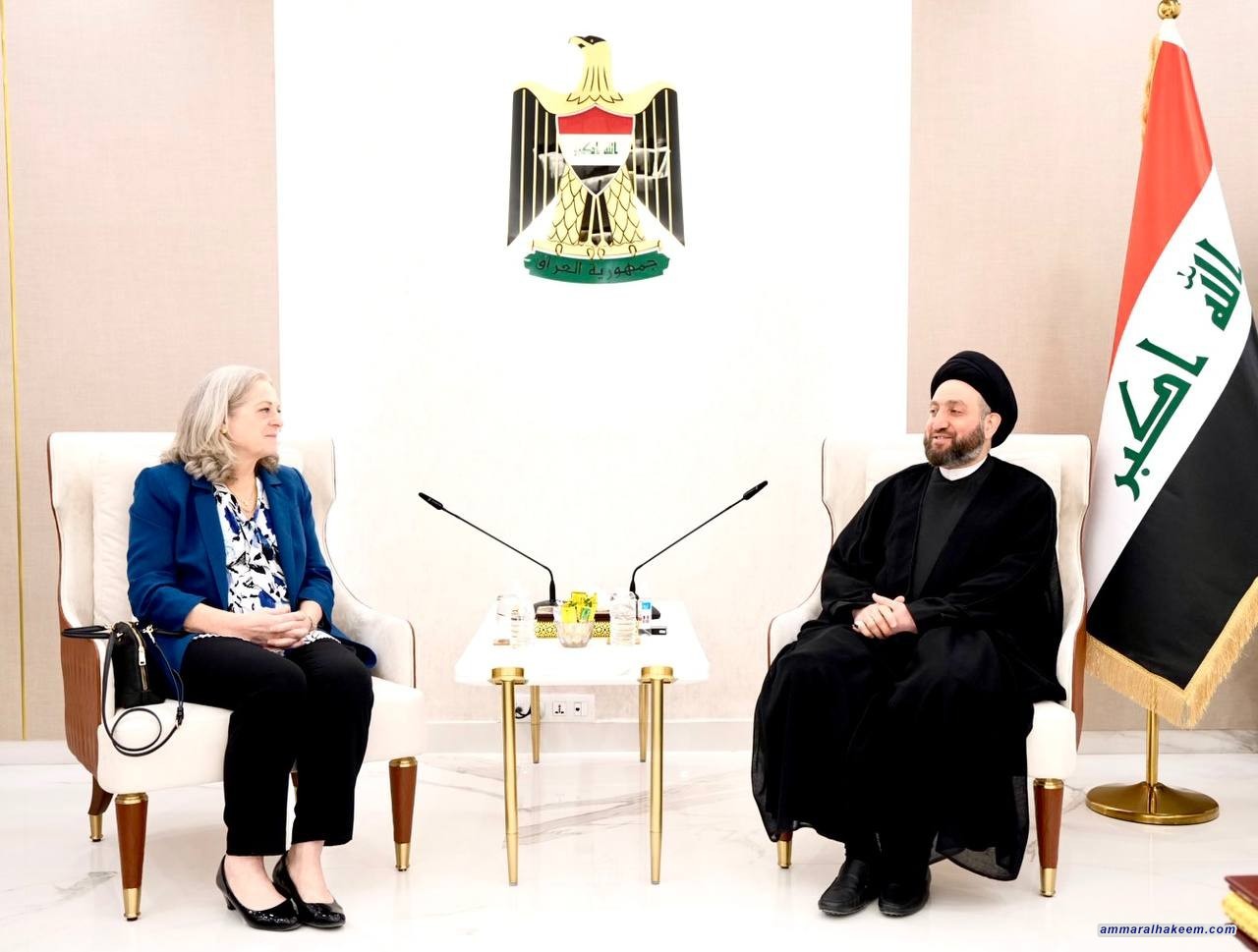 Sayyid Al-Hakeem to the American ambassador: Iraq cannot reduce to a sect, nationalism, political party, we need a government to restore the public’s confidence in the political system

Sayyid Al-Hakeem, head of Al-Hikma National Movement, discussed with the US Ambassador to Iraq, Alina Romanowski, on 15/9/2022, the developments of Iraqi and regional political affairs, procedures to exit the current political impasse, and bilateral relations between Iraq and the United States of America, where H.E. renewed his position calling to form a service government that can run the upcoming phase and restore the public’s trust in the political system and illustrated that this requires a harmonious team that works with priorities, foremost of which are services and job opportunities.
H.E. also called to restore institutions to their normal roles, and the need to adopt dialogue to converge the views of all political powers. And to form an equation that includes everyone and involves them in Iraqi decision-making.
H.E. indicated that Iraq can’t be reduced to one nationality, sect, or political title. While also stressing the need to adhere to the political system, as it is the product of the sacrifices of the martyrs in the face of dictatorship and terrorism.