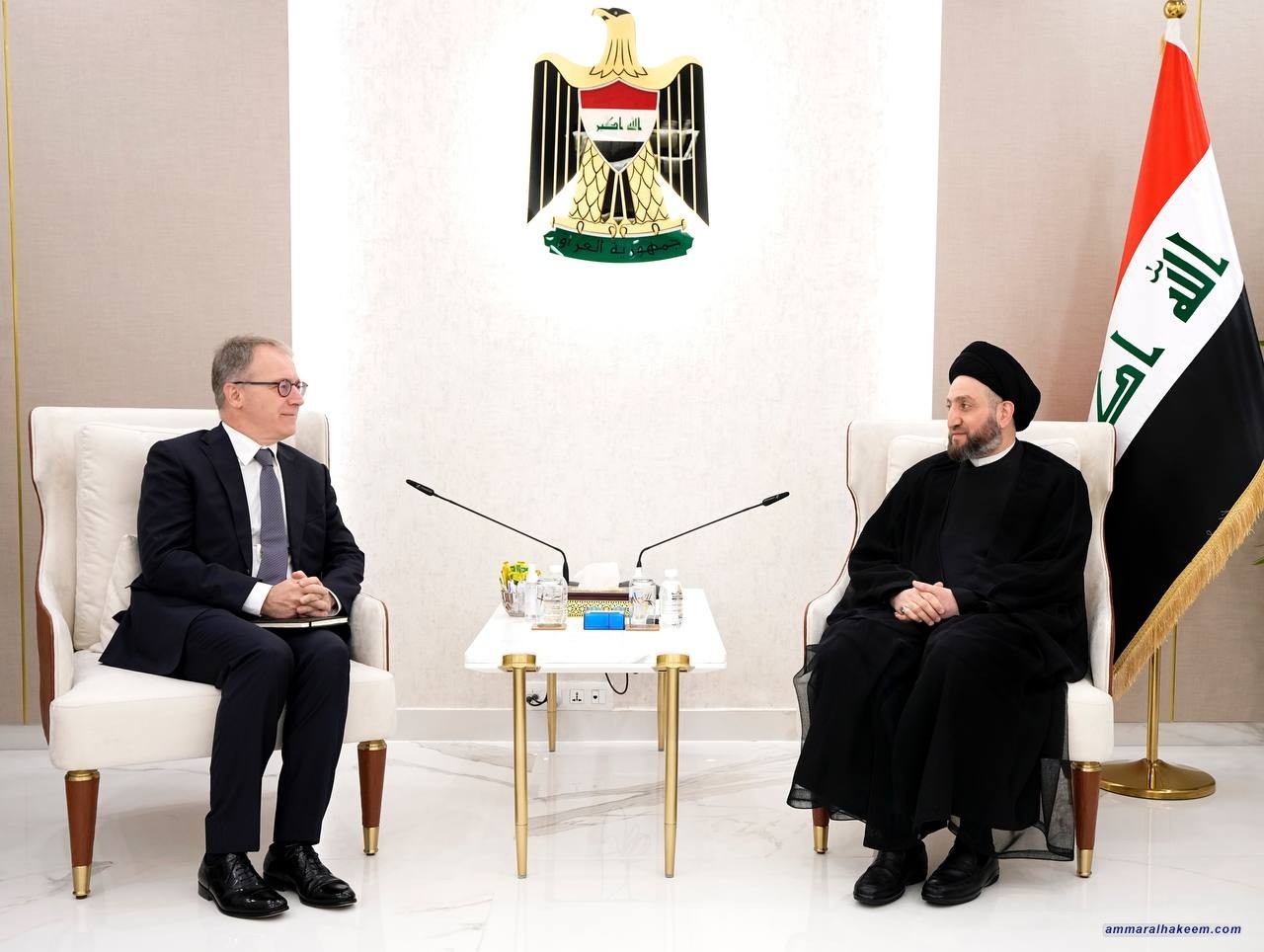 Sayyid Ammar Al-Hakeem, head of Al-Hikma National Movement, during his meeting with the Italian Ambassador to Baghdad, His Excellency Maurizio Greganti on 25/9/2022, stated the importance of Italy to Iraq, and the power that Italy holds in the economic and political level, considering it an EU country.
H.E. also expressed his wishes for a successful parliamentary election in Italy. H.E. also pointed out the status of the Iraqi political scene and the current crisis, although it is the most difficult, it can be solved, and Iraq will emerge stronger and more entrenched in the traditions of democracy and the unity of its people.
H.E. stressed the adoption of the constitution, the law in force, and the reassuring formula for everyone when proceeding with the reform projects and the desired change.