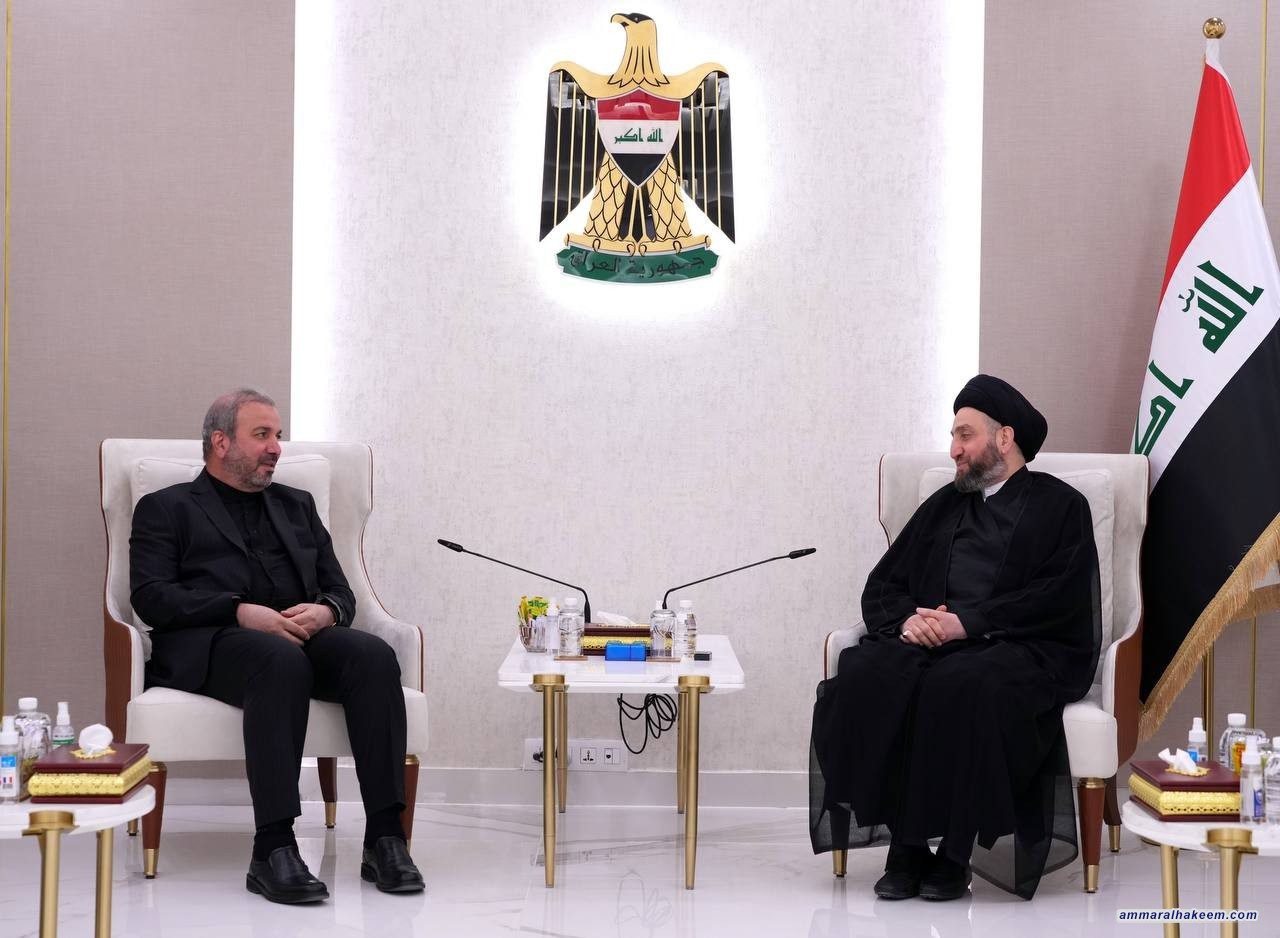 Sayyid Al-Hakeem, head of Al-Hikma National Movement, met with the Ambassador of the Islamic Republic of Iran to Iraq, His Excellency Mr. Mohammed Kadhum Al-Sadiq, 26/9/2022, and discussed with him the political scene developments in Iraq and the region and the bilateral ties between Baghdad and Tehran, as well as discussing the Husseini rituals that brought together the peoples of the region, including the two Iraqi and the Iranian peoples on the Arba’een pilgrimage and the martyrdom of the Greatest Messenger (may Allah bless him and his family and grant them peace).
H.E. stressed the importance of enhancing bilateral relations between the two neighboring countries to ensure their interests. Politically, H.E. stressed the need to formulate an equation capable of containing everyone in accordance with the constitution and the law, and the importance of forming a government according to the priorities of the stage to be able to achieve the aspirations of the people and restore their confidence.
H.E. stated that the security and stability of Iraq are in the interest of the security and stability of the region and its countries, calling for the continuation of dialogues to bring the views closer and resolve the outstanding issues.
H.E. also listened to His Excellency on the Iranian people's impression of the Iraqi people's position in supporting and caring for the Arba’een pilgrimage, pointing out in this context that Iraq and its people are proud of serving visitors on an occasion when the names dissolve and the title remains "The Visitor of Al-Hussain (Peace Be Upon Him)”.