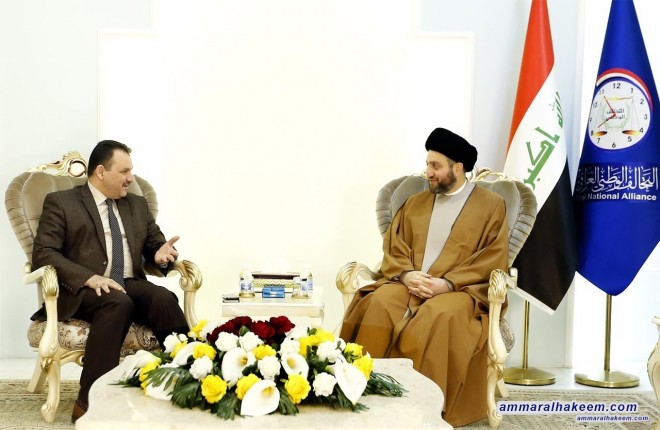 Head of the National Iraqi Alliance, Sayyid Ammar al-Hakim, in his office in Baghdad received representatives of inspector general bureaus of a number of state ministries and institutions Thursday, 14/12/2017
His eminence stressed the necessity of completing achieved victories by winning over corruption and providing services, emphasized the importance surmount bureaucracy and facilitate citizens’ paperwork procedures.
His eminence indicated that the bureaucracy is one of the most key reasons leading to corruption, stressed the country's need for regulatory institutions that are attentive in serving the citizens, pointed to ongoing discussions to pass the law of public inspectors’ bureaus.
The delegation praised the measures and steps taken by his eminence that contributed in the fight against corruption, including the creation of the Inspector-General Office in the Al-Hikma National Movement. The delegation reviewed the achievements of the inspectors' bureaus and their contribution to recover funds to the state treasury.