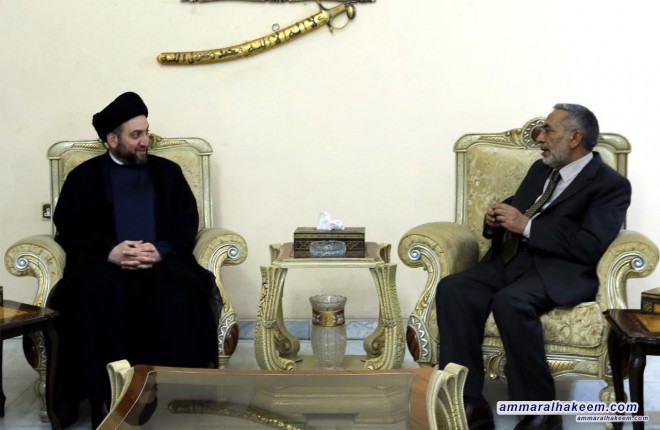 Head of the National Iraqi Alliance, Sayyid Ammar al-Hakim, met Dr. Mahmoud al-Mashhadani at the latter’s office Baghdad Monday, March 19, 2018
His eminence with Mashhadani discussed the latest political scene and the upcoming election.
His eminence called to prepare for the elections and compete on the basis of electoral programs and achievements of the past period, indicated that each phase has is pros and cons, pros are to be highlighted while cons are to be addressed and solved.
Sayyid Ammar al-Hakim pointed out that Iraq has achieved great victories that require everyone to preserve them, indicated the need for a national settlement to save Iraq from its security and political crises, and to embark on the state-building phase, the fourth challenge facing Iraqis after the challenge of terrorism and national unity.