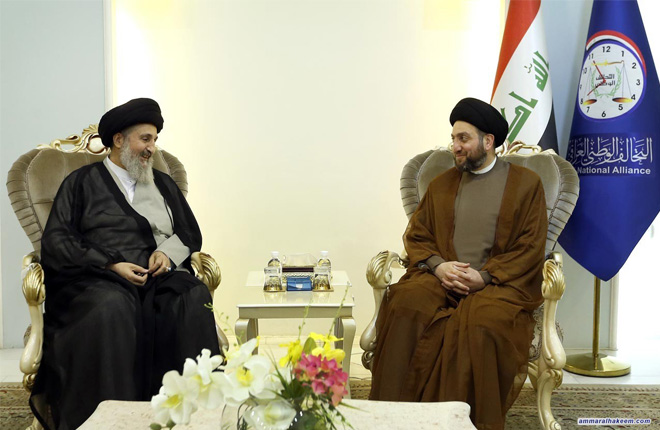 Head of the National Iraqi Alliance, Sayyid Ammar al-Hakim, in his office in Baghdad received a number of directors of Iraqi and Islamic satellite channels Tuesday 20/3/2018
‎ His eminence stressed the importance of broadcasting national discourse and emphasizing on Iraqi national unity.
His eminence called to invest achieved victories at the political level that kept the unity of Iraq, and on military level that eliminated terrorist Daesh, and the societal victory that ended sectarianism and internal conflicts, noted that media plays a prominent role in these victories, commended roles played by war coverage in satellite channels .
Regarding the elections, his eminence indicated that it is critical l, and will shift Iraq to stability away from chaos and instability, shouldered everyone the responsibility to maintain victories and achieve the fourth victory, the victory of state-building that will preserve and coronate previously achieved victories.