Sayyid Ammar al-Hakim to McGurk.. The next phase requires a clear project that produce a government of service on basis of national majority and within the constitutional schedule 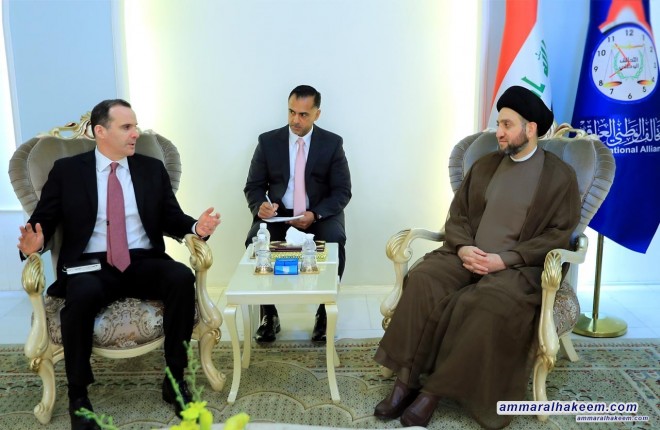 His eminence discussed latest regional and international developments and developments in the security and political situation in Iraq.
His eminence pointed to the priority of having a clear program for the next phase, to produce a government of service consistent with national majority basis, within the constitutional schedule and the will of the Iraqis, reiterated support to the national equation, which includes unity of Iraq, building institutions, achieving economic development, fighting corruption, providing service to people, building positive relations with the region and the world and protect Iraq effects of conflicts.
Regarding regional aspects, his eminence indicated that recent developments threatens security and peace in the region, expressed his worries about Iraq being affected by reflects that affect Iraq's stability, called to adopt dialogue and understanding to address the problems.