Sayyid Ammar al-Hakim to the Australian Ambassador: A prosperous Iraq will be a positive element in achieving peace and ending conflicts in the region and the world 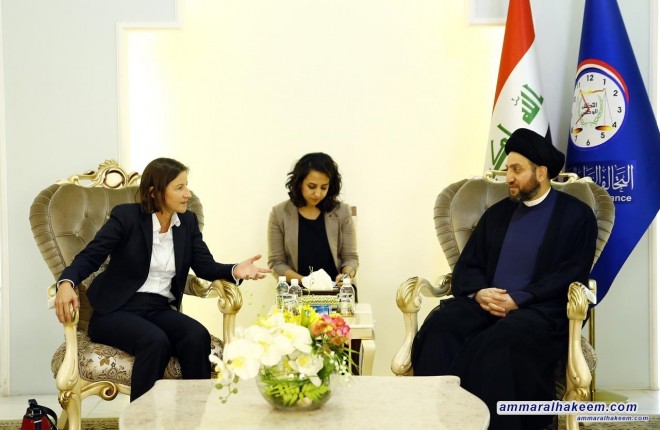 Head of the National Iraqi Alliance, Sayyid Ammar al-Hakim, in his office in Baghdad received Australian Ambassador Joan Lundes Monday, 30/4/2018
His eminence indicated that a prosperous Iraq will be a positive element to achieve peace, and end conflicts in the region and the world, and that Iraq is on the verge of a new phase characterized by stability and priorities represented by state-building, service provision, fight corruption and openness to the world.
His eminence also discussed bilateral relations between Iraq and Australia, praised Australia's support for Iraq in the face of terrorism, pointed out that peaceful coexistence and reconciliation and national settlement will find its space among priorities when the Iraqi citizen finds his needs are met and his priorities on top of interests.