Sayyid Ammar al-Hakim: The upcoming government is a national majority government and must be formed according to constitutional schedule 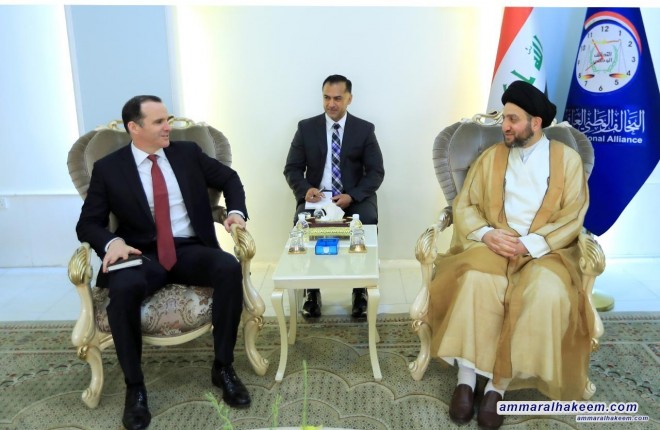 Head of the Al-Hikma National Movement, Sayyid Ammar al-Hakim, in his office in Baghdad met the US Special Presidential Envoy for the Global Coalition to Counter ISIL, Brett McGurk Sunday, 13/5/2018
His stressed the importance of forming the government of field work through the national majority and on the constitutional schedule, called for achieving the people's aspirations, emphasized the independent Iraqi decision without any external influences.
His eminence indicated that the Al-Hikma National Movement will exercise its active positive role in expediting forming the government in accordance with constitutional frameworks, the interests of Iraq and the aspirations of the people, pointed out that holding elections on schedule an expression of Iraqis' determination to consolidate their democratic system and their desire to build their homeland and their future. Meeting also covered the bilateral relations between Iraq and the United States.