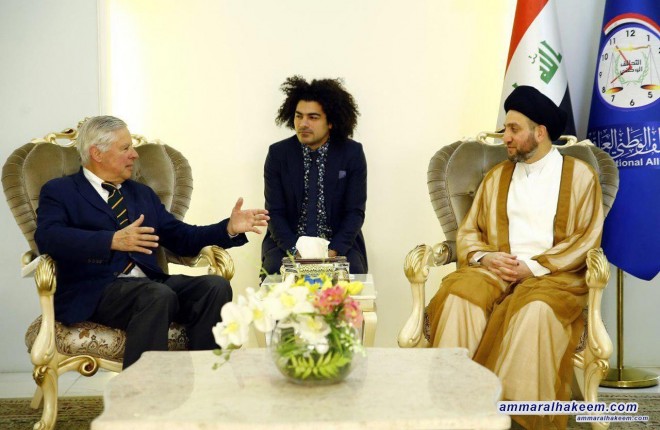 Head of the Al-Hikma National Movement, Sayyid Ammar al-Hakim, in his office in Baghdad received delegation of the European Institute of Peace Tuesday 22/5/2018
His eminence with delegation discussed results of the recent elections and the developments of the political situation and the democratic system in Iraq, stressed the importance of considering the appeals and complaints forwarded by the political powers, especially in Kirkuk, and appreciated roles assumed by all organizations in observing the recent election practice, pointed to the necessity of restoring confidence between the voter and the electoral process,
regarding the future government, his eminence emphasized that the Al-Hikma Movement seeks a national majority government with specific features, including being a government of service according to a specific program and vision, and an Iraqi decision to primarily perceive interests of Iraq without antagonizing from any regional or international countries.