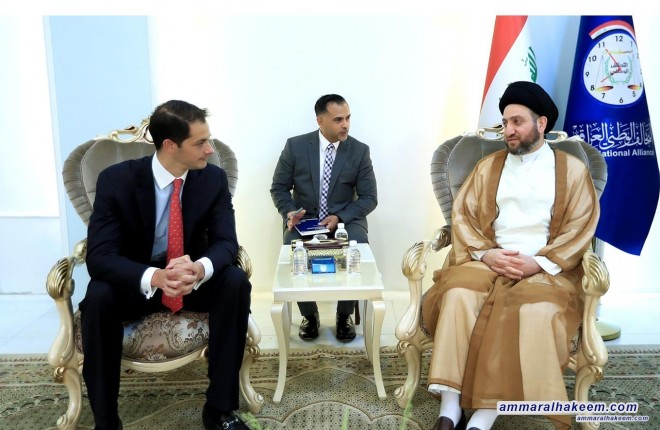 Head of the National Iraqi Alliance, Sayyid Ammar al-Hakim, in his office received Assistant Undersecretary of US Foreign Affairs, Mr. Andrew Beck and US Ambassador to Iraq, Mr. Douglas Silliman Thursday 12/7/2018
His eminence with the US delegation discussed forming of the Iraqi government and the latest developments in the political scene. His eminence stressed the importance of forming a government of service capable of achieving the aspirations of the people in providing services, employment opportunities and promote Iraq's development.
His eminence also covered the bilateral relations between the two countries and means of enhancing them, indicated Iraq's desire to build balanced relations with all countries of the world based on common interests.