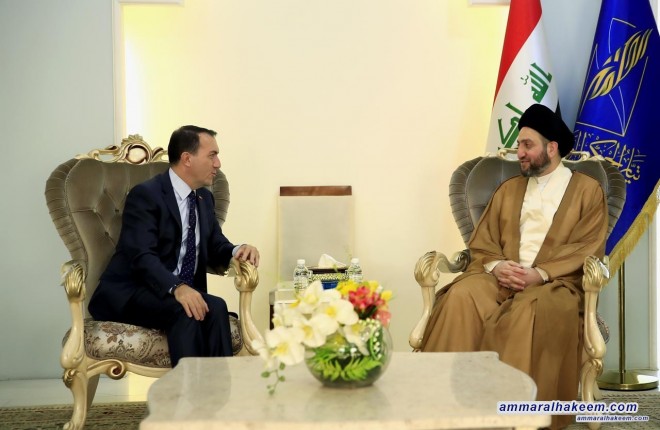 Head of the Al-Hikma National Movement, Sayyid Ammar al-Hakim, in his office in Baghdad received Turkish Ambassador to Baghdad, Mr. Fatih Yildiz Thursday, 6/9/2018
His eminence with Yildiz discussed developments of the political situation in Iraq and the region and bilateral relations.
His eminence highlighted the Iraqi political situation, stressed the importance of majority in the next phase as it represents a solution capable of creating a strong, effective and serving government.
His eminence expressed his rejection to sanctions and the policy of pressure against nations, called to adapt regional dialogue and understanding to solve the problems, expressed that Iraq is capable of playing a key role in convergence of views and become a bridge for communication.