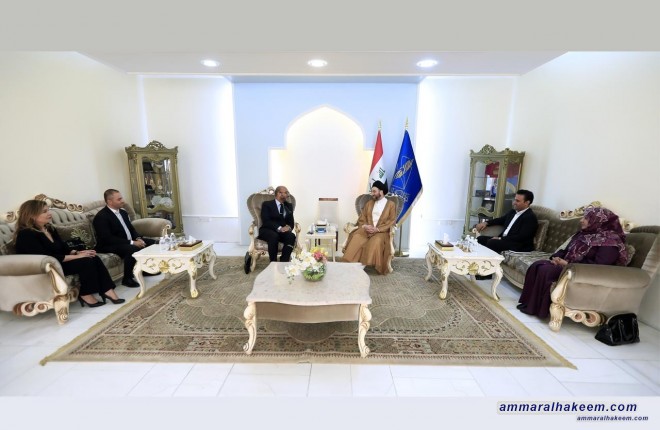 Head of the Al-Hikma National Movement, Sayyid Ammar al-Hakim, in his office in Baghdad received the regional director of the United Nations Women's Authority Sunday 9/9/2018
His eminence with Naciri discussed the role of UN in supporting women, emphasized the efforts carried out by the Al-Hikma National Movement to empower women and give them befitting roles and being given empowerment on movement's level, as well as granting them 25% ؜in the movement's General Conference, and highlighted the movement's positions assumed by women in leadership, pointed to that the Al-Hikma Movement has consistently worked to organize the Annual conference of Islamic Day opposing Violence Against Women, and the outcome of this conference that explores ways to lift injustice and unfairness exposed to women.