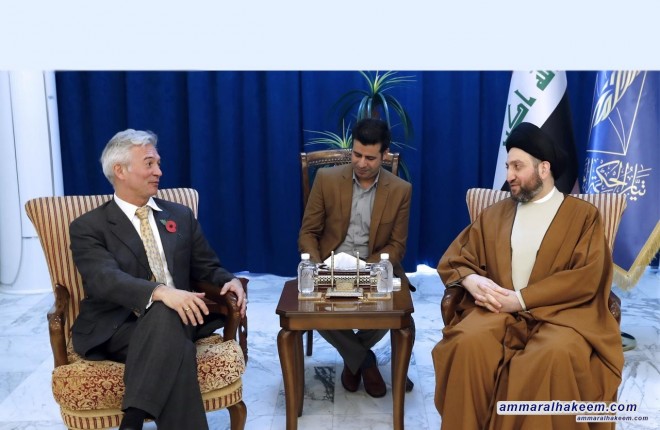 Head of the Al-Hikma National Movement, Sayyid Ammar al-Hakim, at his office in Baghdad received the European Union Ambassador to Baghdad, Mr. Ramon Blecua Monday 12/11/2018
His eminence with Blecua discussed latest developments in the political situation on local, regional and international levels.
His eminence stressed on expediting the completing of the government cabinet with giving priority attention to the vital issue of services, and emphasized the importance of providing services to the Iraqi people as it is an urgent need for the citizens.
Sayyid Ammar al-Hakim pointed to the positive role that Iraq can play in stabilizing the region and Iraq's need to be excluded from international and regional policy of axes, reiterated his sustainable position and rejection towards the policy of starving peoples, and called on the European Union to support Iraq and contribute to the reconstruction of liberated cities and cities of liberators.