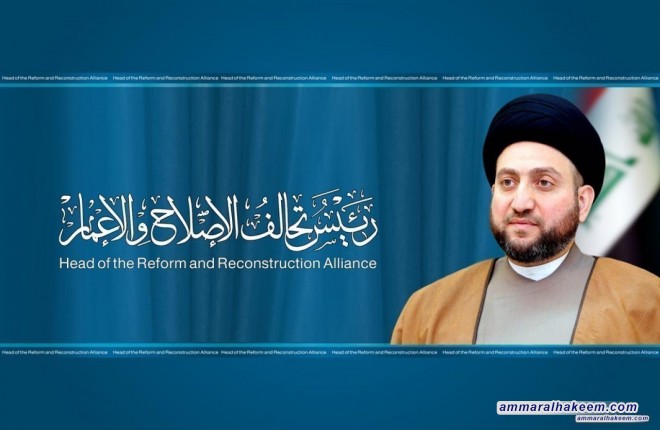 Head of the Reform and Reconstruction Alliance, Sayyid Ammar al-Hakim,Tweeted Monday 17/12/2018 that it is necessary to involve the the public mobilization power, influential tribes, youth and related sides, and in accordance with the law and the Constitution, in the process of selecting the new governor of Basra, indicated that the reform must start from Basra, the economic capital of Iraq.
His eminence stressed the need to exclude governor of Basra post from any deals and agreements of interest, political preferences and foreign agendas, called to make justice to Basra in the federal system of Iraq, and to officially and effectively put Basra as the economic capital and represent Basra in the government according to its worth.