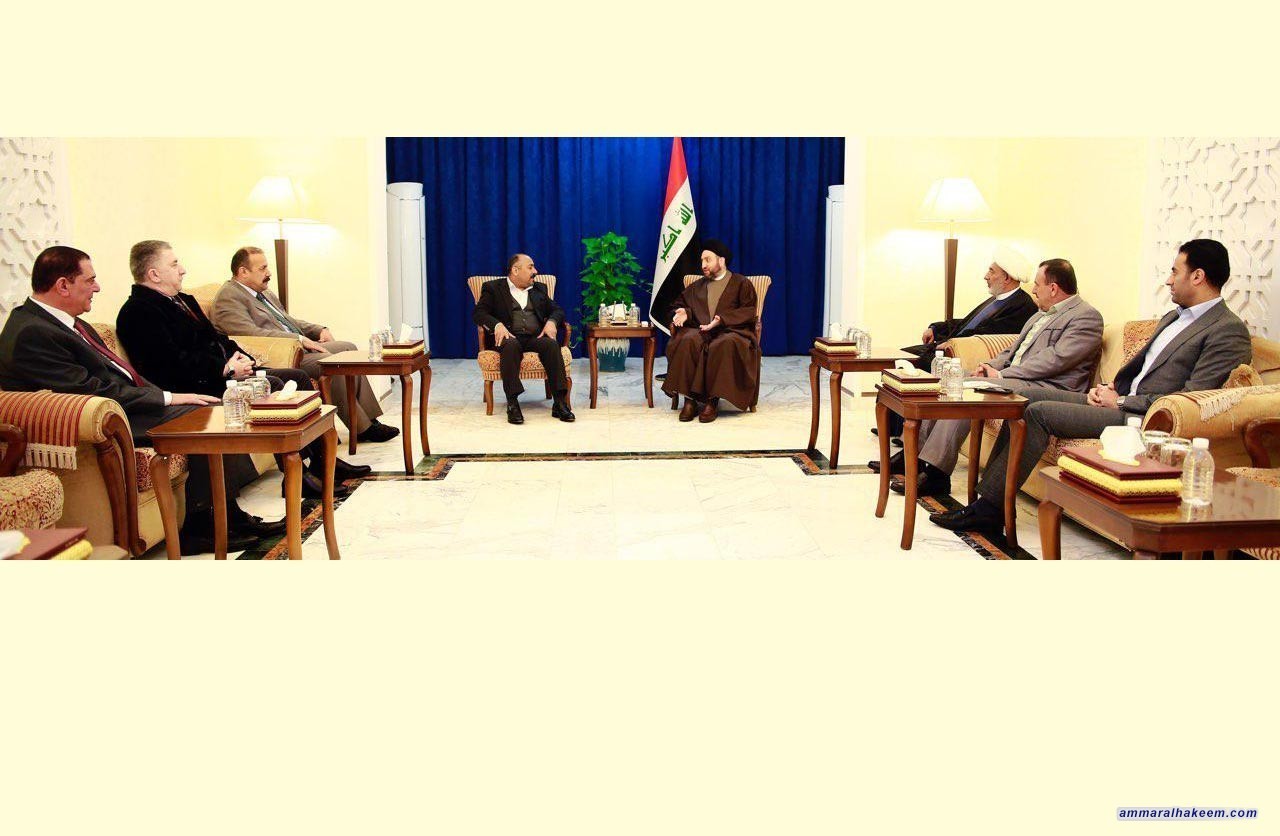 Head of the Reform and Reconstruction Alliance, Sayyid Ammar al-Hakim, received the delegation of the Al-Wataniya Coalition in his office on Thursday 20/12/2018
His eminence with the delegation discussed latest developments in the political situation in Iraq and the region, completing the government's cabinet, institutionalization of the Reform and Reconstruction Alliance, and the subject of services and job creation.
His eminence stressed on completing the government cabinet and assigning competent ministers characterized of integrity and the ability to manage the remaining ministries. And stressed that institutionalization of the Reform and Reconstruction Alliance is an important development that contributes to the support of political process and stability of political system, noted that the next phase must focus on priorities, and the the first priority is the services and employment.