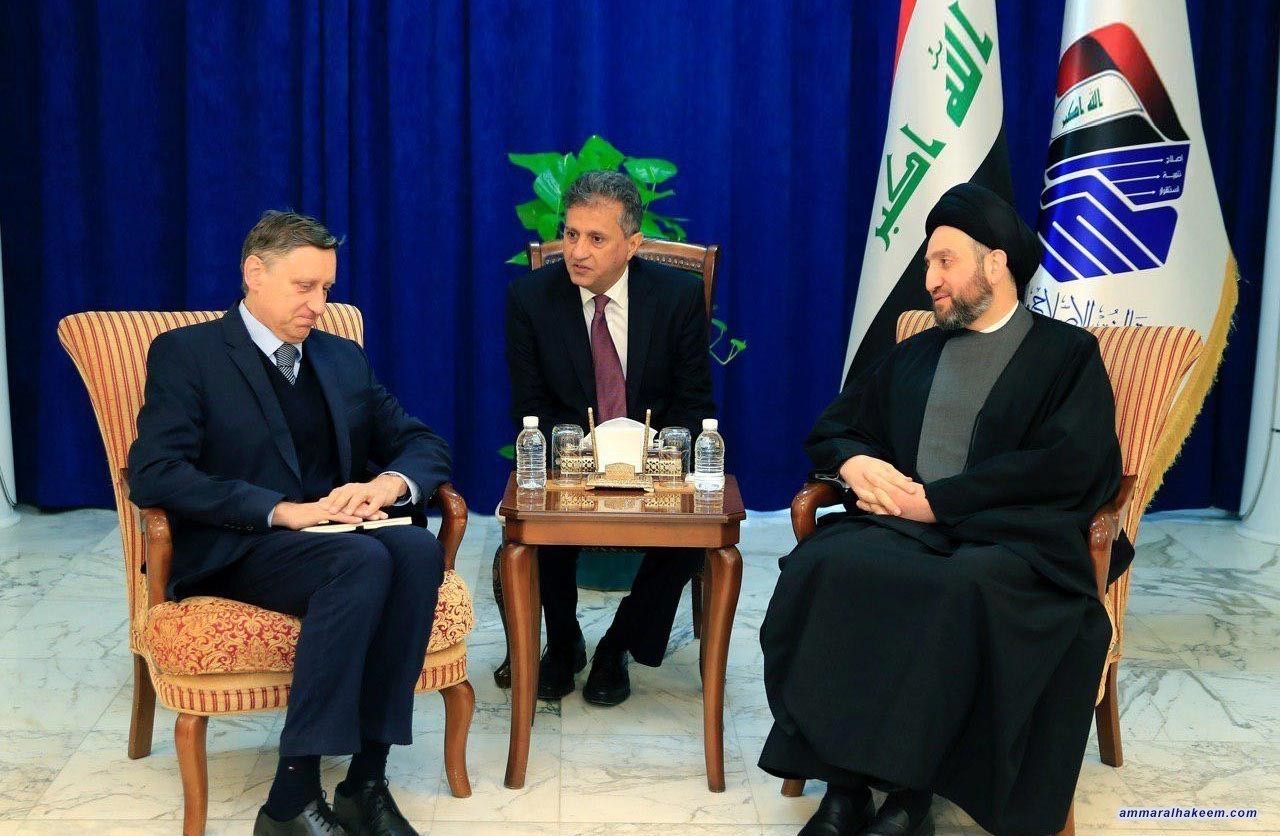 Head of the Reform and Reconstruction Alliance, Sayyid Ammar al-Hakim, in his office in Baghdad, received the German Ambassador to Iraq, HE Mr. Cyrill Nunn Tuesday 22/1/2019
His eminence with Nunn discussed bilateral relations and political developments in Iraq, the region and the world.
His eminence pointed out that Iraq has taken great steps towards and in consolidating democracy, and achieved important victories on the political, security, military and community levels, and moving forward to achieve a victory in services, indicated that success in the services will be necessary to crown the achieved victories.
His eminence called the world to support Iraq in achieving development, indicated that the stability of Iraq is necessary for the security and stability of the region and the world.