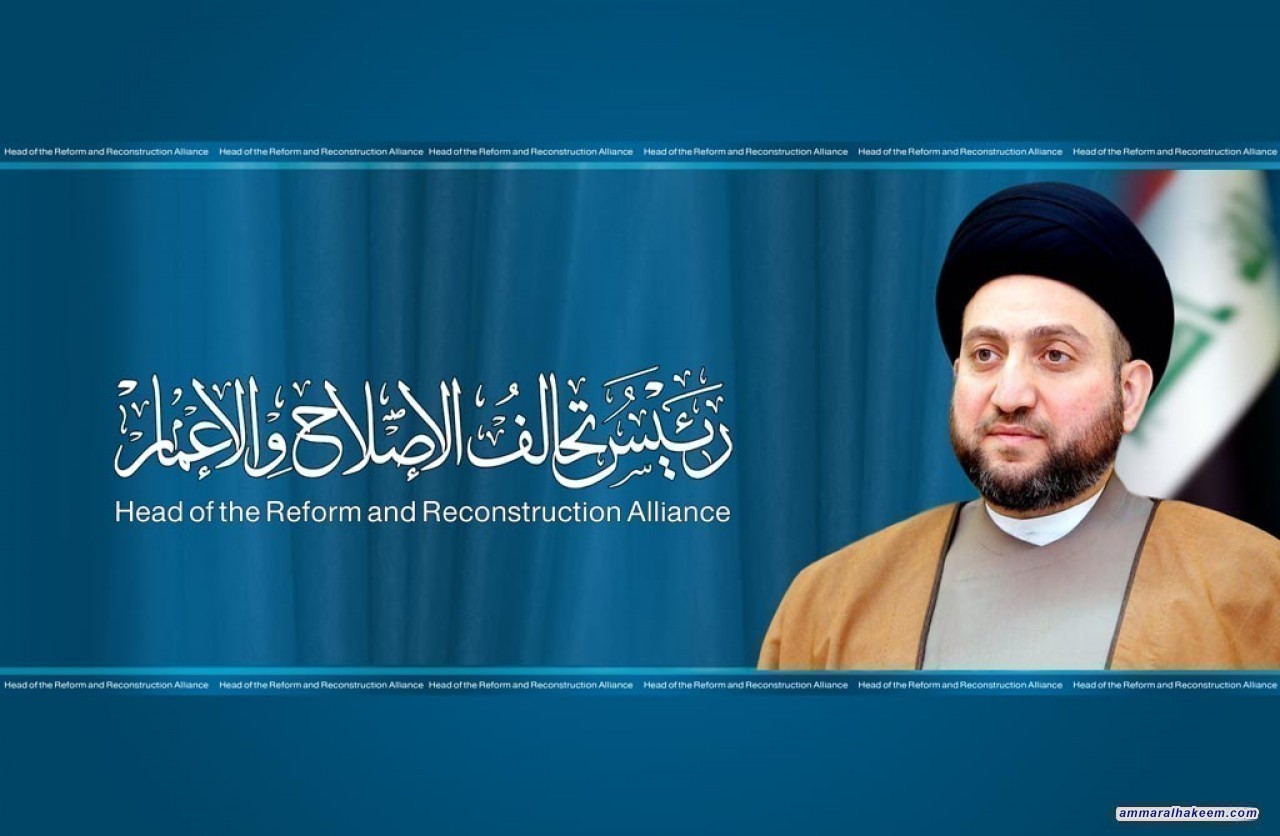 Head of the Reform and Reconstruction Alliance, Sayyid Ammar al-Hakim, expressed on a tweet his strong rejection to make Iraq an arena for settling regional and international disputes or making Iraq a platform for spotting, provoking or attacking neighboring countries.
His eminence indicated in the tweet that the Iraqi constitution refuse that Iraq present a Iraq a threat to the security and stability of the region and the world, and attempting to make Iraq a platform for targeting neighboring countries is a threat to Iraq national interest and security and Iraq will not allow such actions.