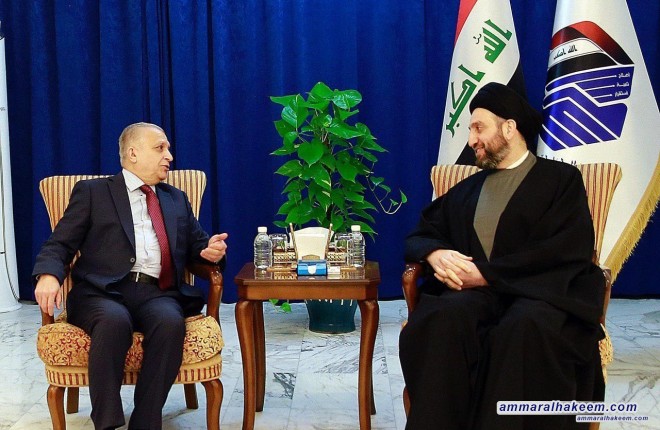 Head of the Reform and Reconstruction Alliance, Sayyid Ammar al-Hakim, in his office in Baghdad received the Iraqi Foreign Minister, Mr. Mohammad Ali al-Hakim, Saturday 16/2/2019
His eminence with Hakim discussed latest developments in the political situation in Iraq and the region, pointed to the status of Iraq in the next phase, called on the Iraqi Foreign Ministry to establish positive neutrality and keep Iraq away from international axes, stressed Iraq is qualified, for its diversity, to act as a bridge of communications between regional teams and not a field of conflict.
His eminence stressed that missions and embassies should be a natural reflection of the government program, called on the Foreign Ministry to clarify Iraq's priorities in the upcoming coming phase, particularly services and job opportunities, emphasized on international support for Iraq considering that the stability of Iraq impacts the stability of the region and the world.