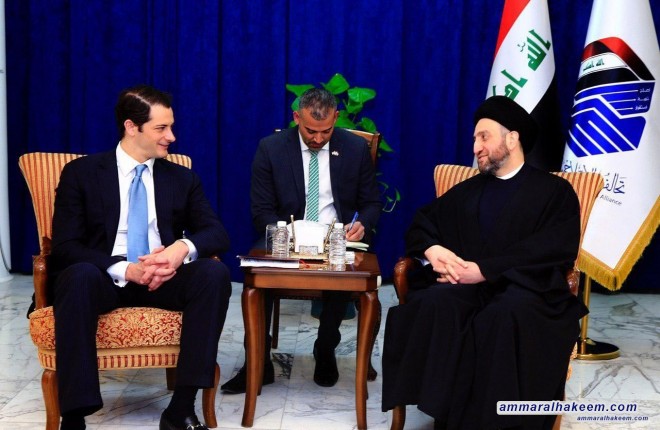 Head of the Reform and Reconstruction Alliance, Sayyid Ammar al-Hakim, in his office in Baghdad received Assistant US Secretary of State, Mr. Andrew Peek and the Charge d'Affaires of the US Embassy Saturday 9/3/2029
His eminence with Peek discussed latest developments in Iraq and the region and scope of Iraq’s influence and being impacted by the region, stressed activating the strategic cooperation agreement between Iraq and the United States on its cultural, economic and educational aspects and not limited to military aspects, and reiterated rejection of any foreign bases, combatant forces or any exploitation of Iraqi territory for aggression against neighboring countries and explained that these terms are the vision of Iraqi government.
His eminence called for investing the American expertise in energy, health and education domains, and urged everyone to adopt dialogue to solve the issues of the Middle East.