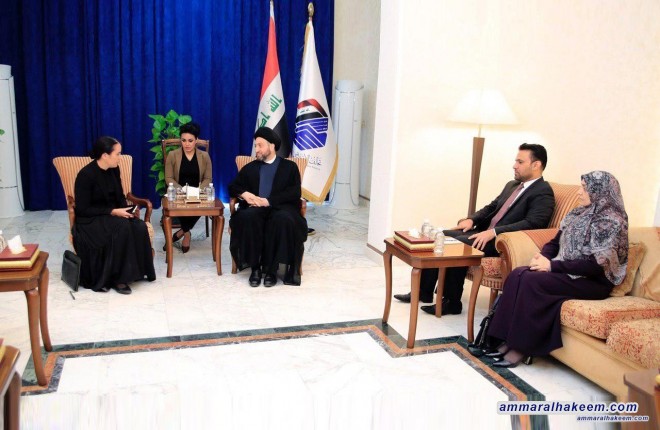 Head of the Reform and Reconstruction Alliance, Sayyid Ammar al-Hakim, met with the Ambassador of New Zealand in Baghdad, Ms. Tredene Dobson Thursday 28/3/2019.
Both sides expressed condolences regarding the terrorist incident that targeted two Muslim mosques in New Zealand, regarding sinking of a ferry accident in Ninewa that resulted in a big number of casualties in the Tigris River, and
Expressed his admiration for the manner in which the Government of New Zealand had dealt with the incident of the two mosques, and commended the high sense of responsibility and deep understanding of the seriousness of terrorism and solidarity shown by the New Zealand people with the Muslims.
His eminence discussed with Dobson bilateral relations and means of enhancing them, stressed the importance of international support for Iraq to enhance security and stability, and the importance of women role and the necessity of empowering women to reach high positions in the state that would in return empower half of the society represented by women.