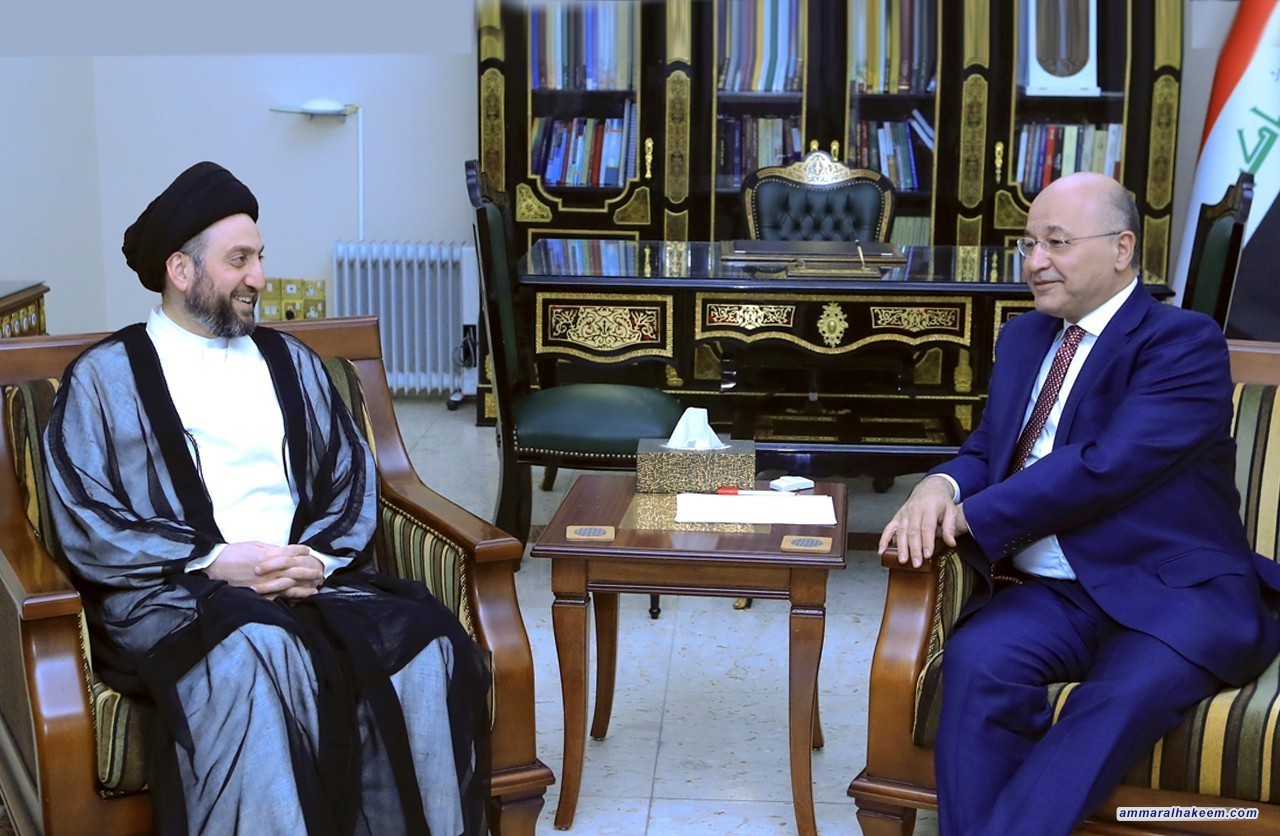 Head of the Reform and Reconstruction Alliance, Sayyid Ammar al-Hakim, met with HE President Barham Salih at the his excellency office Monday, 8/4/2018
His eminence with President Salih discussed latest developments in the political situation in Iraq and the region, and completing of the government cabinet, both stressed the importance neutralizing Iraq from regional and international conflicts and establish relations based on common interests.
His eminence commended the openness that Iraq is witnessing nowadays in its Arab, regional and international environment, called on everyone to take responsibility for ending the political stalemate through sitting at the dialogue table, and his eminence renewed support for the government of Adel Abdul Mahdi.
His eminence called on the government for more measures and practical steps in services and fighting corruption, stressed that the public interest should prevail over the private interests, stressed that the current phase requires more unity and solidarity to support what has been achieved and secure Iraq's security, welfare and prosperity.