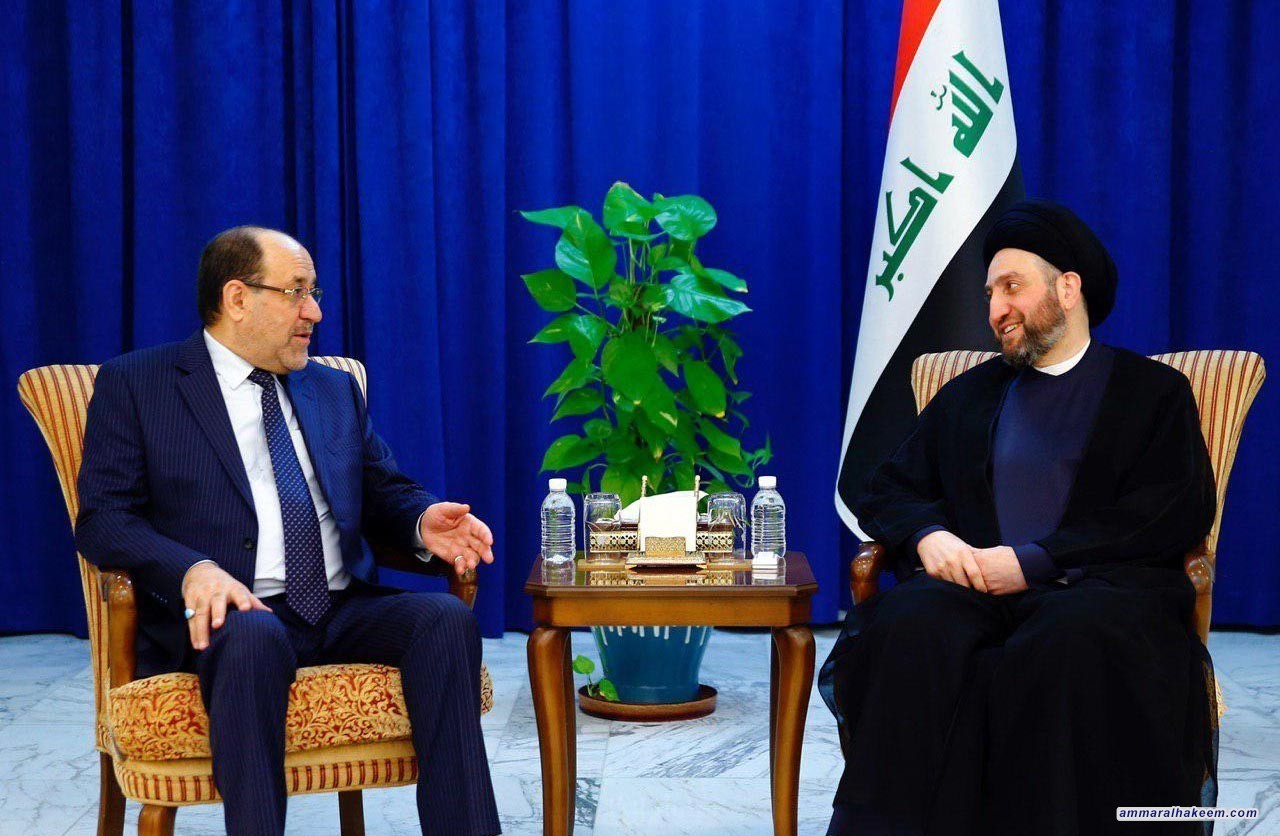 Head of the Al-Hikma National Movement, Sayyid Ammar al-Hakim, in his office in Baghdad, head of the State of Law Coalition, Mr. Nouri al-Maliki Monday 23/9/2019
Hus eminence with Maliki discussed national and regional political situation and upcoming entitlements, and the provision of services, job creation, and reviewing challenges at the international level and the desired outcome from meetings UN General Assembly.
His eminence explained the nature of the opposition and its steps towards forming the opposition front and the shadow government, and interrogations of a number of ministers who are suspected of corruption or weak management or dishonored background, pointed to coordinate stances with regard to inactive laws which require the House of Representatives to have greater legislative role in passing them.
His eminence called for dialogue to spare the region the scourge of conflict, warned of unjustified escalation in dealing with sensitive files and renewed his call for a regional dialogue table to resolve the problems.
Regarding economic aspects, his eminence called for more practical steps regarding economic and providing jobs, held the government accountable for tackling the unemployment crisis through swift, medium and long-term plans, plus tackling the services file and scheduling them according to priorities.