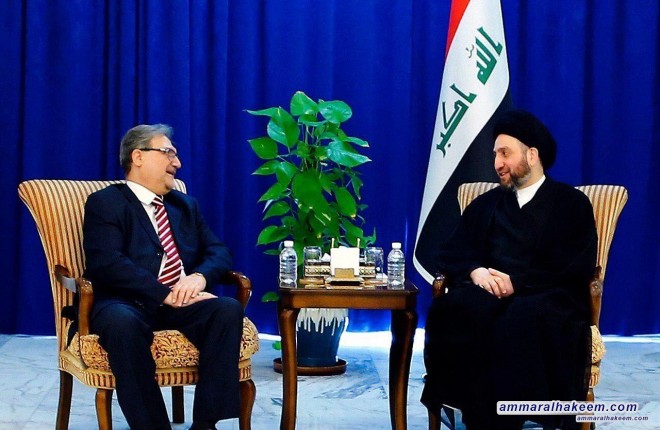 Head of the Al-Hikma National Movement, Sayyid Ammar al-Hakim, in his office in Baghdad received delegation of Turkmen community headed by Mr. Jasim Mohammed Jaafar Tuesday 24/9/2019
His eminence with Mr. Jasim discussed developments of the political scene in Iraq and the region, and the rights of components of the Iraqi society, as well as upcoming local elections, and preparations to elect local governments capable of providing services, jobs and completing projects implemented by previous governments.
His eminence indicated that the political opposition is necessary to establish a political system and end the state of democratic consensus, stressed that the opposition is a constitutional and political right legally framed, pointed to the emergence of the opposition front and the shadow government, and initiate interrogations.
His eminence stressed that components of the Iraqi society should receive their rights, including the Turkmen, through representation in the government and state departments, added that Kirkuk, "It is a miniature Iraq, and belongs to its people, and all must be involved in the running and determining its future."