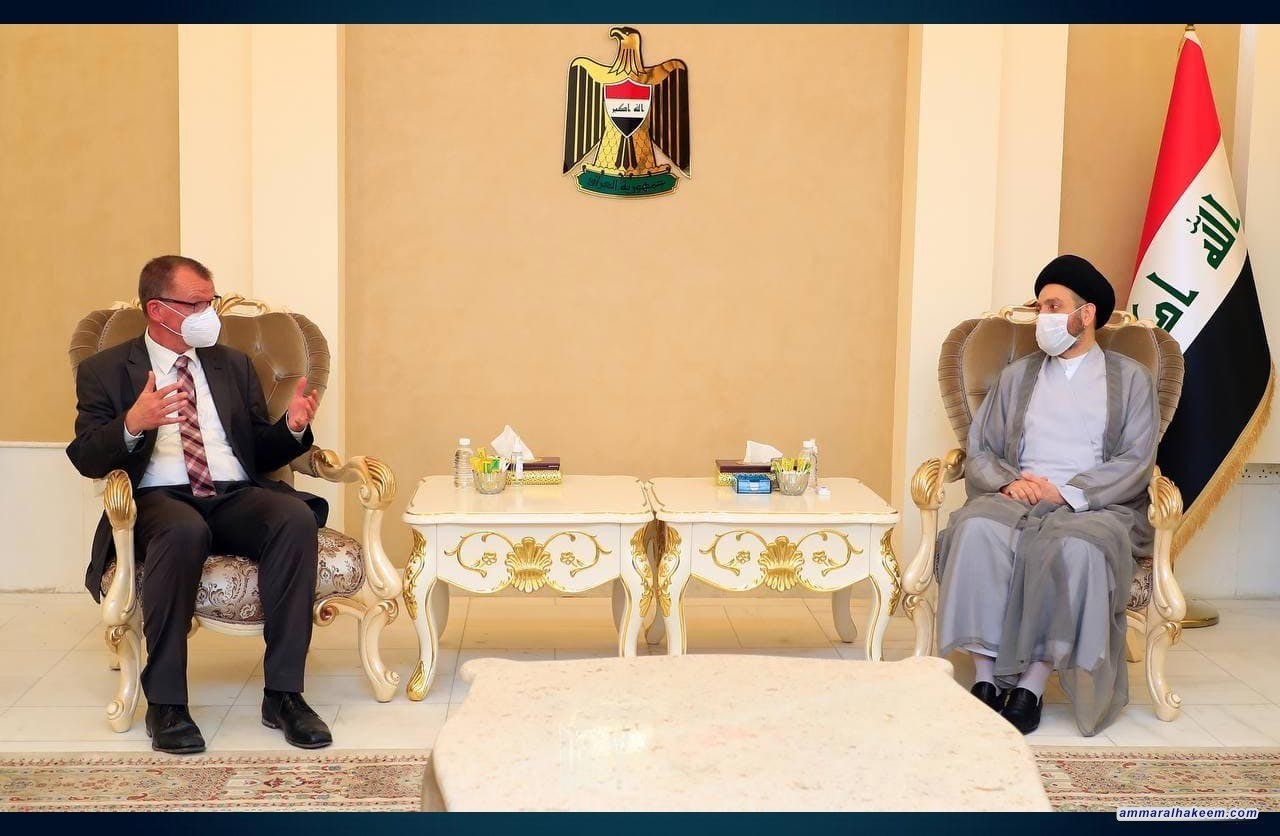 Sayyid Ammar Al-Hakeem, head of the National State’s Power Alliance, in his office in Baghdad discussed with the German Ambassador to Iraq, Ole Diehl the bilateral relations between Baghdad and Berlin, developments in the political scene in Iraq and the region, the upcoming early elections, and the importance of Germany for Iraq.
His Eminence explained the importance of further developing relations between Baghdad and Berlin in a way that serves the interests of the two friendly countries and peoples and the presence of German companies in the Iraqi market and the investment of promising opportunities that Iraq offers in the field of reconstruction and construction.
Regarding early elections, His Eminence spoke of its importance and how defining it is. The necessity to provide electoral security, and opportunities for honest competition among all, and the importance of their outcomes to be a true expression of the desires and aspirations of the Iraqi society. He also discussed with him during the meeting what the Palestinian people are being exposed to in terms of unjust targeting, demanding Germany for an official stance in support of it.