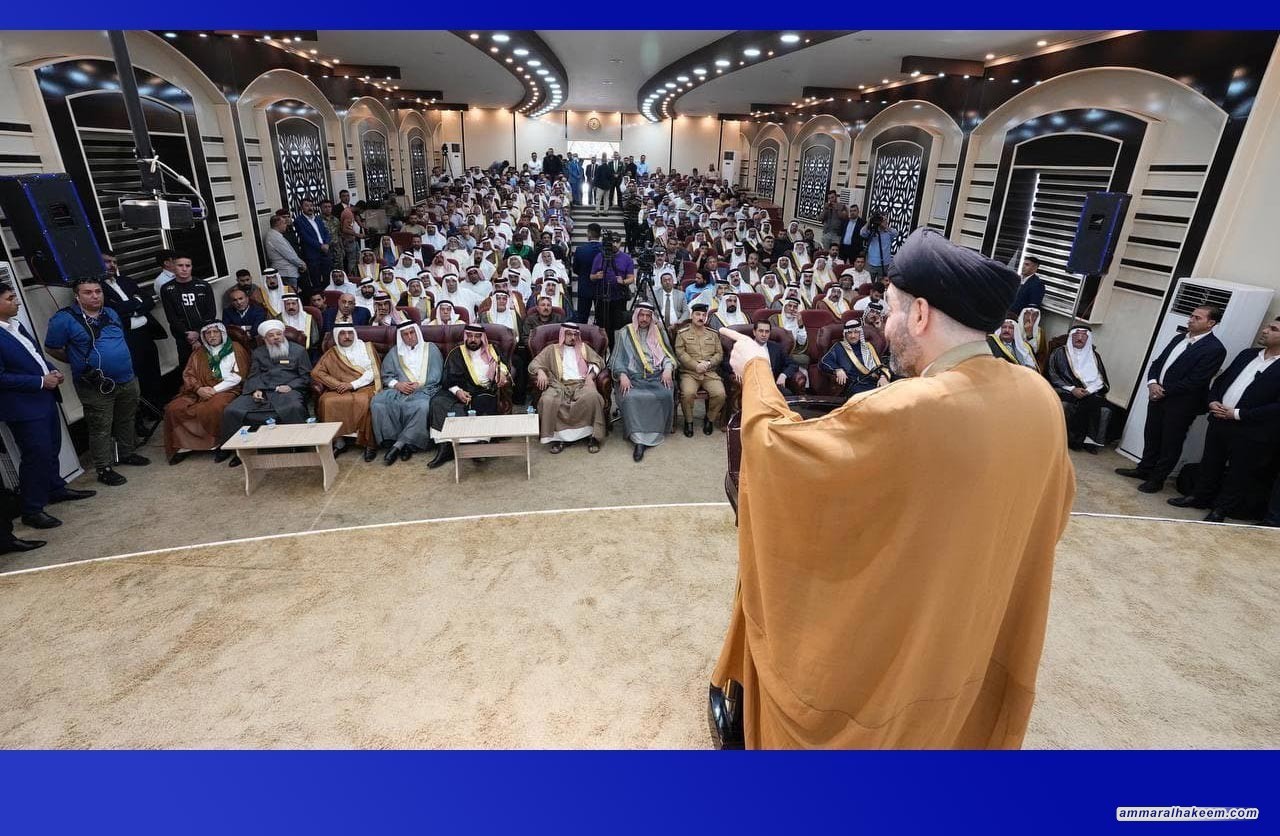 Sayyid Ammar Al-Hakeem, head of the National State Powers Alliance, met with a group of Dignitaries and Sheiks of the province, whilst visiting Nineveh Province, today, Friday, July 2, 2021.
H.E. indicated that the targeting of Mosul is a result of its status and influence. “The fall of Mosul is a fall for Iraq and its elevation means an elevation for Iraq. When Mosul smiles, Iraq smiles.” H.E. added.

H.E. pointed out the necessity of applying the law to everyone, without exceptions, for it to lead to a strong and capable Iraqi state.

H.E reiterated the vision of the elections as a crossroads between stability and instability. Whilst calling to choose good, and warning against political money and the personal ambitions of some.
H.E. stressed the high level of Iraqi awareness after the traumas it was subjected to, and the society’s rejection of any sectarian discourse, and its tendency towards the national discourse and the unifying word. Calling on the people of Nineveh, through its sheiks and dignitaries, to empower the forces that believe in the state that can only grow stronger by the state yet never overwhelm the state