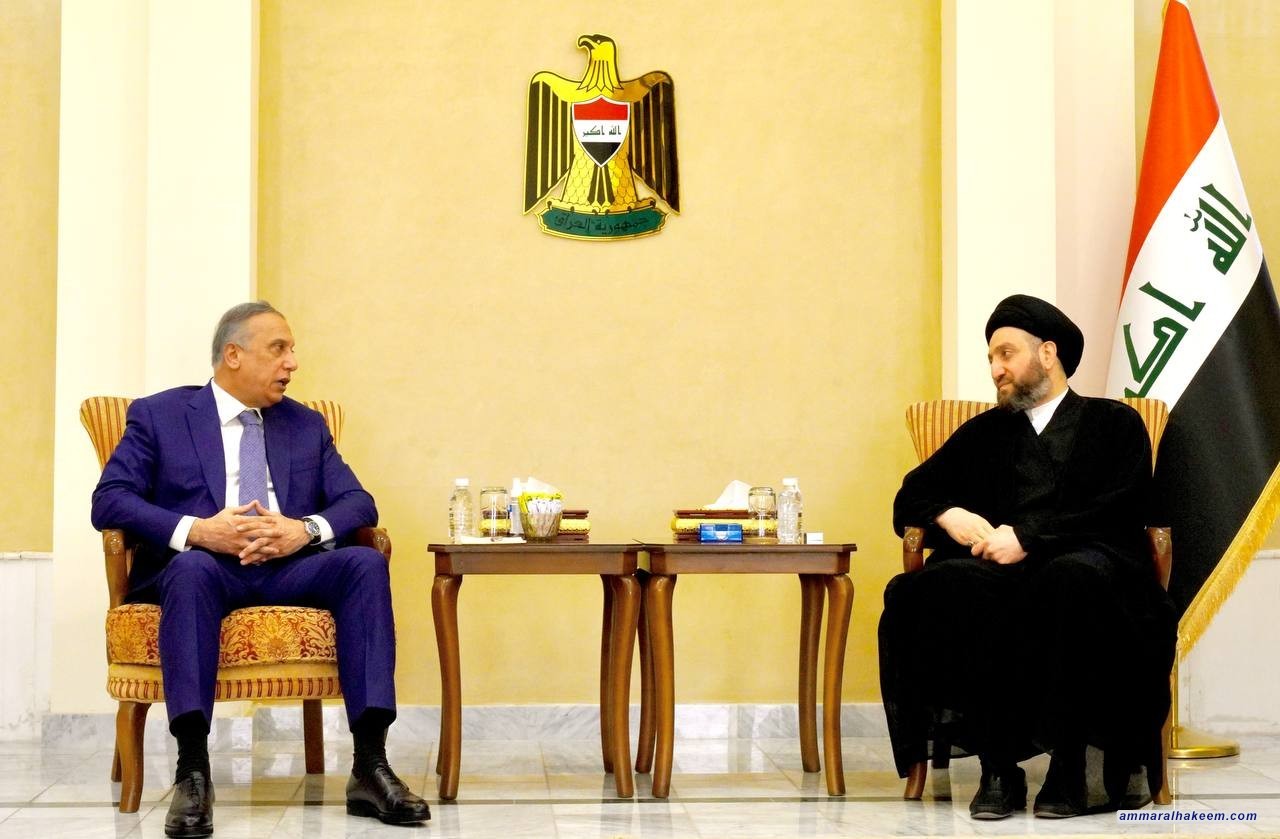 Sayyid Al-Hakeem to Al-Kadhimi: it is necessary to distance citizens and state institutions’ interests from political power’s differences

Sayyid Al-Hakeem, head of Al-Hikma National Movement, received in his office in Baghdad, Prime Minister Mustafa Al-Kadhimi, and discussed with him the developments of the political, social, and service scenes on 7/8/2022.
His Eminence indicated the importance of keeping the interests of citizens and state institutions away from the differences of political powers.
His Eminence reiterated the need to invest the financial abundance resulting from the rise in petrol prices to improve the economic and social reality and diversify sources of income. H.E. said that a financial abundance is an accidental event that must be invested in reviving projects that end the status of a rentier state.
Sayyid Al-Hakeem stressed the importance of paying attention to the electricity sector and working on maintaining it so that occurrences of complete power outages would not be repeated in some provinces. H.E. also stressed the importance of reforming the political system and combating corruption, and the necessity of using legal methods and the constitution and adopting the principle of consultation among all so that the reform would enjoy popular and societal support from all spectrums.
His Eminence called on the government and security services to continue military and security operations to strike terror in its strongholds, stressing the need to maintain relations with neighboring countries and the world based on national interest and Iraqi sovereignty.