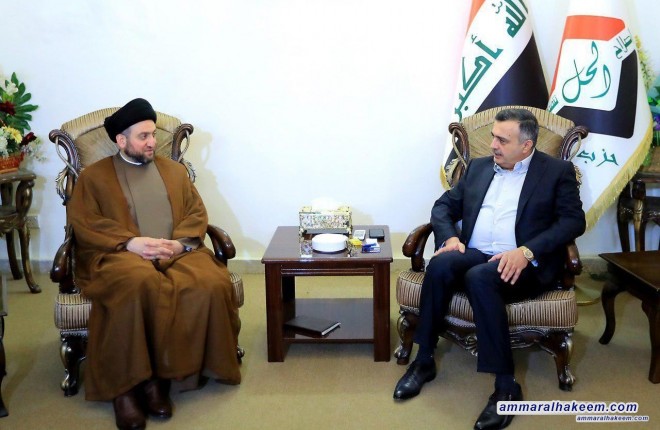 Head of the National Iraqi Alliance, Sayyid Ammar al-Hakim, met with head of the Al-Hal Party, Dr. Jamal al-Karbouli at the latter's office in Baghdad Monday 26/3/2018
His eminence with Karbouli discussed the latest developments in the political situation and the upcoming elections, and his eminence covered the project of the national majority and the vision of the political forces, plus joint coordination between the A-Hal and the Al-Hikma National Movement on the political and parliament levels. His eminence discussed the situation in Anbar city and the resettlement of displaced people, called to resettle families to their houses and provide requirements for elections.
His eminence pointed out that the upcoming elections are an opportunity move for stability, stressed that the victories that have been achieved obligate everyone to preserve these victories and move towards the victory in state-building.