Meeting the Turkish ambassador .. Sayyid Ammar al-Hakim stresses on the unity of Iraq and the relying on the Constitution as a way to resolve issues between the Center and the Region 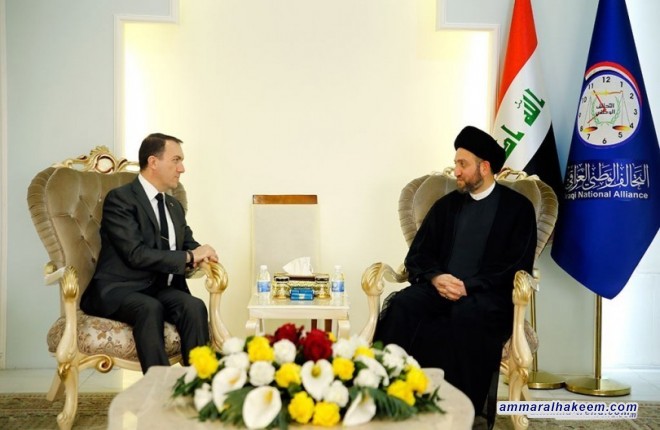 His eminence stressed on the importance of unity of Iraq a prerequisite to region’s stability and regional security, reiterated his call for relying on the Constitution, that was approved by everyone through voting, as a means to resolve the unsettled issues between Baghdad and Erbil.

His eminence stressed the importance of moving away from the policy of imposing the status quo, pointed out that the region should invest in the decline of terrorism to achieve prosperity and stability to the region’s peoples.